A four year old boy named Cash Gernon in Dallas was kidnapped from his home in the middle of the night, then stabbed to death and left for dead on a street. 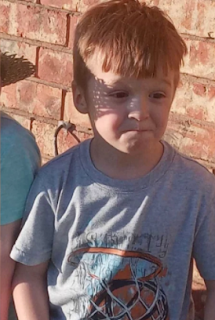 An 18 year old man named Darriynn Brown has been arrested in for his murder. Brown was already wearing an ankle monitoring device, apparently that didn't stop him from entering a house, kidnapping a 4 year old and stabbing him to death with an "edged weapon".
Will this story get much traction nationally? Unlikely and you know damn well why not, just as you know that an 18 year old White man accused of stabbing a 4 year old black kid to death would be headline news from coast to coast.
Posted by Arthur Sido at 11:57 AM