Another Promising Physicist Harassed By the Po-Leese

A charming local story from Fort Wayne:
Man Arrested In Death of Toddler Whose Heart Was 'Ripped In Half'
The upstanding citizen in question is one Shaquille Rowe. 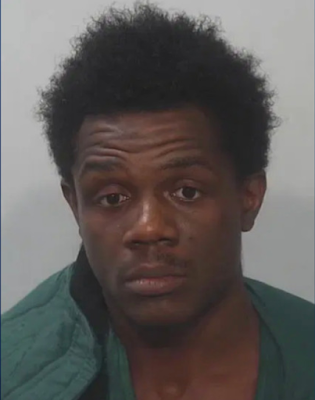 Apparently he hit this 17 month old child, Aiden M. Clark, so hard that it killed him...
According to WREG, the autopsy found that the child suffered from a fractured sternum and the affidavit said that "his heart was ripped in half." The boy had a massive amount of hemorrhaging from a torn pericardium sac and hemorrhaging around his left kidney and pancreas from supposed blunt force trauma to his midsection.
Even with a child that small, it would require a pretty significant blow to cause that kind of lethal damage. It sounds like the mother left for some reason and placed her twin boys under the responsible care of Shaquille. I am shocked it turned out badly, it normally is super safe to leave children alone with an unrelated malcontent.
With any luck one of his fellow inmates will kill him in the lockup and save the taxpayers the cost of housing this useless trash for the next 60 years but what should be done is a summary execution after a fair trial and then hanging his corpse in the public square for a month to let the birds have their way with his corpse. Maybe that would discourage these fellas from killing toddlers because they were bothering him.
Posted by Arthur Sido at 10:28 AM