The Worst Movie Ever?

While I didn't break my personal rule against financially supporting Hollywood, I did watch the newest Godzilla movie last night, Godzilla vs. Kong. I don't say this lightly but it might be the worst movie ever made. Like ever.
Don't get me wrong, I love a good smash 'em up movie. I loved Pacific Rim because I could shut off my brain and watch giant robots fight giant monsters. But this steaming pile of dog shit? It was so wacky that you couldn't even enjoy the fight scenes and the battles were just awful. Some spoilers follow but really I am doing you a favor if you were thinking about watching this crap.
This whole movie felt like it was made because there was a contract and budget in place so what the hell, why not? There was a random deaf girl who mostly smiled and apparently can communicate with Kong in sign language with fairly advanced concepts that Kong would have no frame of reference for. King loves this little girl but why? Don't know. He also scratches his butt when he wakes up. Hahahaha! It was still probably the least insulting part of the whole movie. 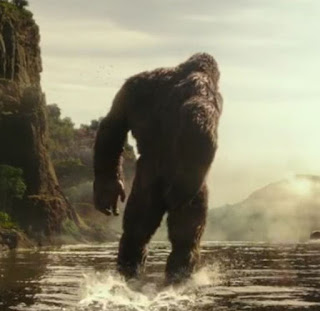 Kong is trapped in a biodome but he somehow knows he is in a biodome and keeps throwing trees like spears into it but it still works. How did he get in the biodome? Don't know. Somehow if he gets out, Godzilla will magically know and come after him. Why doesn't Godzilla know he is there when he is in the biodome? Don't know. Godzilla can apparently swim at near hypersonic speeds underwater and get anywhere in the world in minutes. That seems weird because during one of the fight scenes Godzilla looks like a fat old woman, with thick thighs, a belly and huge ass. 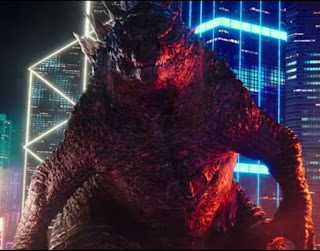