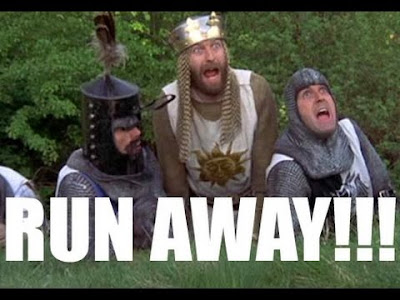 As the Derek Chauvin trial in the death of drugged up violent piece of shit George Floyd drags on, it doesn't take a legal expert to understand two things:
One, the prosecution case is garbage and in a just society Chauvin wouldn't even be on trial and if he was tried, he would swiftly be found not guilty.
and...
Two, regardless of his innocence or at least lack of guilt, a lot of people are praying for his conviction because the alternative is mayhem and bloodshed.
After the long hot summer of 2020 and considering that bLM and antifa are emboldened by having an anti-law enforcement Federal administration in charge, people who are living in the blast zone of diverse urban areas are getting very nervous as they rightly anticipate that a not-guilty conviction will lead to mass unrest and cities burning. Once they stop burning their own neighborhoods and looting the local liquor stores, they will turn to the suburbs. It is not just impending gun control that is causing guns to fly off the shelves, prices to spike and ammo to be impossible to find at reasonable prices. Last summer we sold a lot of guns to people who were buying their first gun and most of them said something along the lines of not knowing what is going to happen but expecting it to be bad.
Now as the trial continues and the prosecution case looking shakier than Joe Biden on a flight of stairs, people in the 'burbs are really getting concerned. I don't blame them, the prosecution's witnesses haven't been helping much especially the Hennepin County Chief Medical Examiner Dr. Andrew Baker who consistently says what most of us knew already, that the heart disease and cocktail of drugs is what killed Floyd. Then just yesterday a national expert on use of force testified that Chauvin did not use "deadly force".
That has led to a lot of people on social media expressing concerns about being in danger if things go sideways and their plans to flee if necessary. I get that but I still have to ask: why the hell are you living somewhere that you might need to flee from if things go the way I expect in a trial in Minneapolis?
I was never in the military and I am no one's idea of a expert at tactics but it seems self-evident that an orderly, planned withdrawal is better in every respect than an unplanned, panicked retreat under fire.
For almost two years now I have been saying the same thing: Bug Out Now 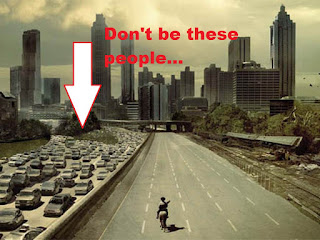 As I said in April of 2019, long before the election went south and the pandemic and riots of 2020:
It is all well and good to have the best bug out bag in the world, be wearing the dopest tactical clothing from 5.11 and have a super customized AR-15 but if you are sitting stuck in a car on a highway, running out of gas, too far from home to walk back and nowhere near safety, you are about to become a heavily armed, well dressed corpse and some looters will gladly take the contents of your bug out bag.
The best place to bug out to is where you already live, in a place where you are prepared to ride out the storm. The best time to bug out is right now.
It is also a good time for bring up this quote from dearly departed Ol' Remus:
There's nothing in this kind of civil war for men of sound mind and good will. Rule One is your best guide: stay away from crowds. If you're in or near a city, especially the coastal urban complexes, plan and commit to self-evacuation. First out is best out.
First out is best out. That is rock solid advice. Remus was something of a prophet, check out this from a post of his in 2013:
The schisms within the police over this, and between the populace and the police, are deepening proportionally. In DC’s mind the necessity for an open transformation is getting urgent. Look for a Night of the Long Knives during some crisis or another in the coming years, to purge rogue elements and promote efficiency, natch. Then look for trouble when the people understand the thin blue line has melded with the thick blue line and “protect and defend” means protecting and defending DC—from the people.
He called the Capitol "insurrection" back in 2013 and it is working precisely as planned.
A lot of people who have their heads in the sand, or up their ass, are going to be caught up in something bad. Maybe they can hold up their 401k statement to shield them from bullets. They have refused to see what is happening and it is going to cost many of them dearly and some of them lethally.
No job, no benefits package, no proximity to stores or restaurants is worth dying over. I have very little sympathy for the people with the means to get clear who refuse to do so. This isn't the country your grandparents grew up in, it is a very different place full of very different people. Expecting those people to act like people from the 1950s is foolish and possibly deadly.
Realtors in the Minneapolis area are about to get really busy trying to sell property in burning neighborhoods.... 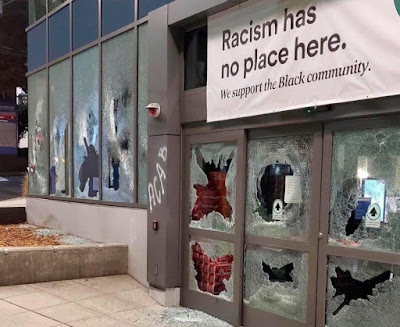