Next Stop On The Collapse Express: Inflation Station 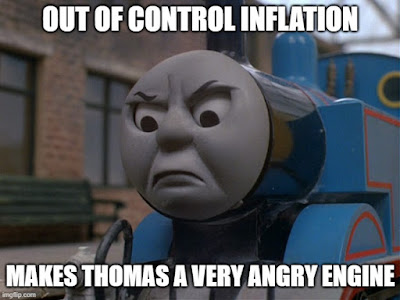 Our fellow Americans are largely economically illiterate. That happens when almost no one learns anything about economics and the people who do study economics are mostly being taught by university Marxists who repeat discredited theories and have never run a business or had a real job. Students majoring in economics at universities are being taught the exact opposite of actual economics. It is not a surprise that the most famous econ grad in America is a dimwit who spent her days shaking her ass for tips as a tavern wench before being elected to Congress. 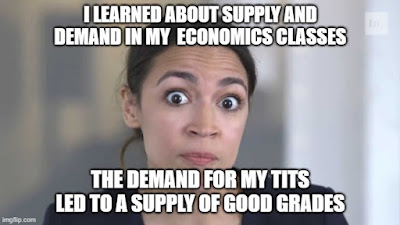 Anyway, those who understand basic economics today have learned what they know from experience and observation. When people have more money, they tend to spend more money and they become less concerned about the price. In a "free market" this sort of tends to lead to it's own equilibrium but we don't live in anything resembling a free market and almost no one alive today ever did. Our market is controlled more by who has the best lobbyists instead of who is the best at running a business. At the very granular level it looks more like an actual free market, a local auto mechanic who charges a fair price for quality work will get more business than someone who screws his customers, but once you get a little bigger? Then it all becomes about gaming the system.
College tuition is by far the best example of this. The cost equation of colleges used to be pretty simple on the surface. The "better" a school is, the more they can charge for tuition. For example, here is Duke which is considered one of the elite non-Ivy schools: 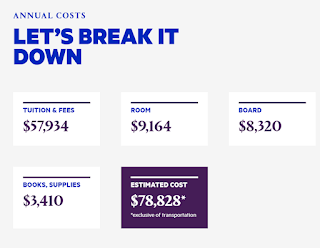 A paltry $78,828 per year to get a degree in Simian Finger Painting Studies. That is around $10,000 more than the median household income in 2019. In other words a year of college at Duke is valued at more than what half of American households makes in total for a year. That is a lot of money for a couple of hours of classes and weekends getting blackout drunk and groping coeds. What is worse, the return on your investment is terrible in most cases. For every student who goes on to make a great living as an actuary or chemical engineer, there are dozens getting useless degrees in psychology or marine biology who will never recoup the cost of college and the years or decades of substandard earnings after they graduate.

What causes the massive inflation in college tuition? The easy availability of cheap money via government backed student loans. 18 year old kids with no income and no credit history can get nearly unlimited loans to pay for college without the slightest inkling of how they would repay those loans. That is not how real loans work, if you can't show that you have paid back loans in the past and have the means to pay a new one back, you don't get a loan (unless the government is backing your mortgage). But college kids can get whatever they want without any questions asked so the big prices differences in colleges are meaningless to them, meaning that colleges could raise tuition without limits and the government would keep backing loans to pay for it.

I have mentioned before wage inflation and price inflation as well as the ever increasing firehose of imaginary "money" flooding the economy. It is impossible for us to not see massive inflation and what is worse, the robust sectors of the economy are being driven by inflation rather than legitimate growth. Peter Schiff said it well:
What we have is inflation. And it’s that inflation that’s masquerading as a recovery. But the economy itself is a mess. It’s weak. It hasn’t recovered. All we’re doing is spending the money that the Federal Reserve prints.
In other words, we can't stop inflating the economy via money creation because as soon as we do? The wheels come off and then we find out just how bad things are.
Because our economy is so large and the dollar is the global currency of exchange, for now, we haven't seen the worst of it yet but I think it is coming and soon. Word on the street from Amish construction crews who have been slammed with new business is that whatever they have booked right now is all there is. You can't afford to build a new home or building when lumber prices are doing this.... 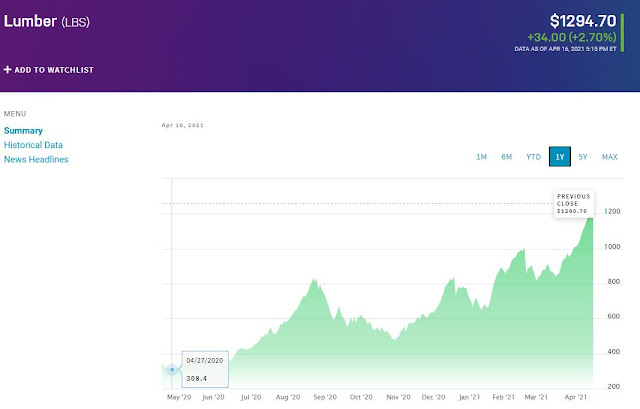 It is not just lumber, here are steel prices. 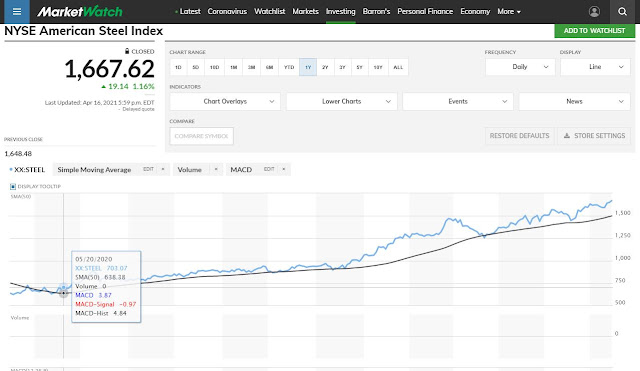 Or how about crude oil? 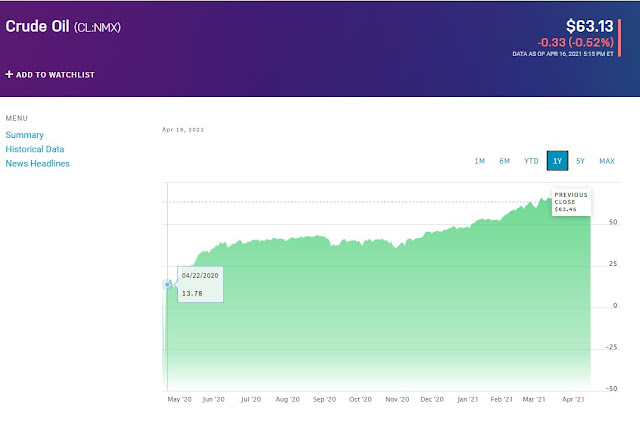 That has led to this: 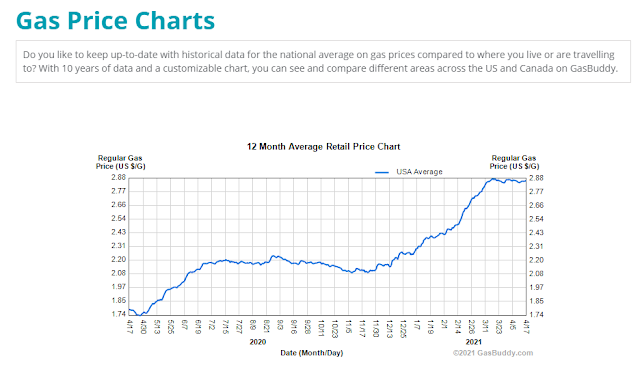 I think everyone expects that as we enter the summer driving season the average gas price per gallon will blow right past $3 and keep on climbing. It was just a half dozen years ago that the average price was at or above $4 per gallon, and prices are already there in California. If we hit $4 gas again, it impacts everything because all of those consumer goods the economy relies on to keep chugging away will suddenly cost a lot more to ship to the stores and that additional cost will....
....get added on to the retail price causing further inflation which will in turn drive demand for more government money that will cause prices to increase....
You get the picture. Business like ours that are very price sensitive regarding fuel prices will have to increase our rates to stay profitable. We are hardly the only one.
Our economic system is being run by fanatics who, for all of their proclamations of being about science and reason, are every bit as fundamentalist as young earth creationists for they likewise believe in Creatio ex nihilo, creating something from nothing. They believe we can create something, in this case money, out of thin air, or from nothing, and still have something real as a result. It doesn't work that way. The entire global economy is built on smoke and mirrors and if the U.S. economy falls, the world will fall with us.
Add in global instability and a sudden power vacuum thanks to a senile old fool occupying the White House plus the very real potential for mass civil strife in the one nation that is holding the whole thing together?
There isn't a path forward that doesn't result in calamity.
Anyway, have a nice rest of your weekend! 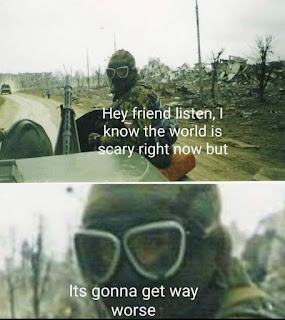