Investigating The Cops Instead Of The Criminals

A sign of things to come, three news stories about jilted Supreme Court nominee, now Attorney General Merrick Garland and his Department of "Justice":
After Derek Chauvin verdict, Garland announces DOJ Minneapolis policing probe
AG Garland announces investigation of Louisville PD's policing practices
Andrew Brown Jr. deputy-involved shooting under FBI civil rights investigation
This is what we have come to. The Attorney General directing the Department of Justice to harass local police departments. Meanwhile we see stories like this:
NYC Records Most Violent Week This Year With 46 Separate Shootings
46 shootings with over 50 people shot in a single week. Chicago is rapidly approaching the 200 murders mark, and might make it before May 1st... 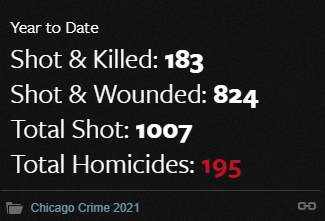 Someone is shot in Chicago about once every hour and a half, and almost twice a day on average. 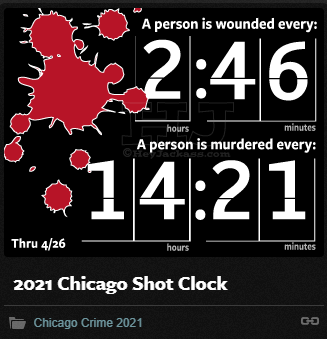 But the Harris-Biden occupational government doesn't care about that. Instead they want to make it harder for cops to enforce the law. I am sure that won't backfire on the people in the neighborhoods that suffer the most from rampant crime. The chief law enforcement agency in the Federal government seems mostly concerned about a handful of questionable police shootings instead of the rampant urban violence that plagues America.
We are way past elections and bullshit like that. This is the stage where widespread social collapse is on the imminent horizon, planned by people who believe that they will come out on the other side as the rulers of humanity unencumbered by rules or laws other than those they dictate and their thugs enforce. The people who will suffer first are the blacks and mestizos, having outlived their usefulness but then they will come for us.
Already a few months into the occupation government and we are seeing the entire Federal bureaucracy openly weaponized against White people. This is just the beginning. I anticipate major gains for the Democrats in 2022 and once they get that they will really go to town. While we point and laugh at feeble Joe stumbling around, the people really pulling the levers are making sweeping changes we haven't seen since the aftermath of 9/11 and these are even more striking.
Again, it is the end of April and Biden has only been in office for three months. Just imagine what the rest of the year will be like.
Prepare accordingly.
Posted by Arthur Sido at 8:00 AM