In spite of all of the evidence to the contrary, we keep being told that "diversity", meaning fewer White people as a percentage of a population, is always an unqualified good. Those claims never stand up to even the mildest scrutiny. Case in point: 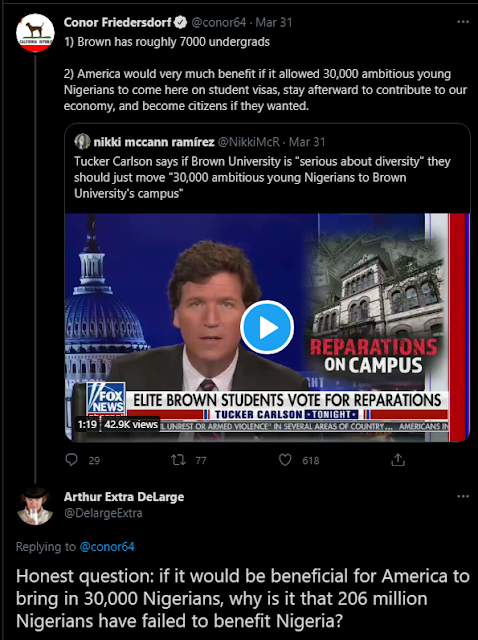 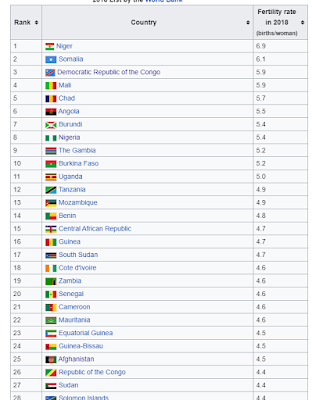 While Africans are great at reproducing, they suck at running nations. Nigeria, home to apparently limitless number of ambitious Nigerians, nevertheless is a shithole. According to the IMF, Nigeria has a gross domestic product (at purchasing power parity) per capita of $5,066, ranking Nigeria 137th out of 186 countries. The nominal GDP per capita is only $2,149, reflecting the relative low cost level of purchasing power in Nigeria and Africa as a whole. The Human Development Index has Nigeria ranked 161st, in the "Low human development" category. Other than Afghanistan and Haiti, which is full of Africans, every nation in the low human development category is in Africa. Conversely the nations in the "Very high human development" tend to be European or European peopled (the U.S., Canada, Australia/New Zealand) or East Asian with Israel and some oil rich Middle Eastern nations thrown in for good measure.
In other words, hundreds of millions of Nigerians have failed to improve Nigeria and in fact seem to be making it worse. So why would 30,000 Nigerians "very much benefit" the United States?
They wouldn't. While many recent immigrants do very well financially in America, they are also inexorably changing America into the very sort of place they fled from. The other factor is that when the U.S. drains Africa of all of their most ambitious and intelligent citizens, what is left is by definition less ambitious and intelligent. In other words a massive brain drain from Africa leaving behind the least talented people which simply compounds the problems.
Mass migration of Africans to America doesn't help America and it doesn't help Africa. We were doing great prior to mass migration from non-European nations and Africa desperately needs their (relatively) best and brightest to stay in Africa, not to flee to the West. What Connor Friedersdorf proposes is the worst possible plan, unless your plan is to reduce the whole world to African levels of subsistence living.
Meanwhile the Epoch Times is warning of exactly what I expected to happen once Biden occupied the White House:
More Than a Million Illegal Immigrants Expected to Cross Border in 2021: Official
More than a million low IQ, low education mestizos capable of only menial labor for low pay but eligible for expensive benefits right away. That number will likely be lower than they expect, the promise of a mass amnesty and path to citizenship is drawing South and Central Americans in enormous numbers.
As always, you can't have a First World civilization populated by Third World people. Get ready for a new kind of living in America.
Posted by Arthur Sido at 12:24 PM