The Left in America was so excited today, someone rammed a cop at the Capitol and stabbed another. More White supremacist domestic terror! They were orgasmic. Then this happened. 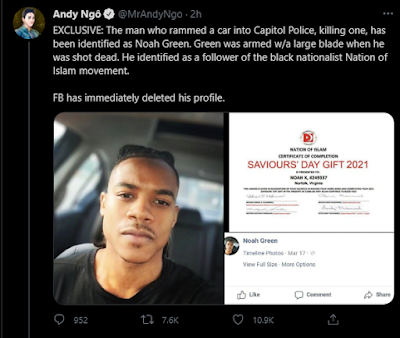 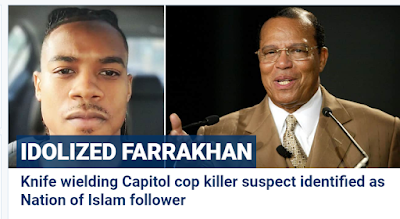 Oops!
I actually like Farrakhan for a couple of reasons, one being that he calls for separation and I am all for that. So this attack is going down the memory hole along with the Muslim shooter in Boulder. Two terrorist attacks by Muslims in less than two weeks, but I don't expect we will hear much about that.
In spite of the attacker being a black Muslim aligned with radical Islam, we are getting lots of hot takes like this from a doctor. 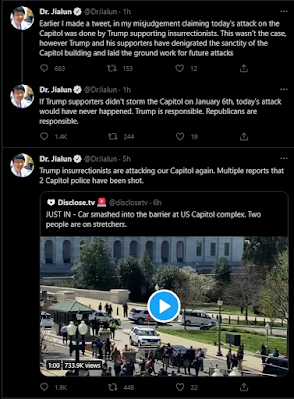 Trump insurrectionists attack "our" Capitol again!
Oh, it was a black Muslim? Still Trump's fault!
This guy is why I don't really give a shit about blacks attacking Asians. Asians see us as economic rivals and hate us just as much as blacks and equal them in a total lack of any gratitude so fuck them. Oh and "Dr."? That isn't "our" Capitol, your people were in China or wherever the fuck you came from when White men built this nation.
But then there is this guy.... 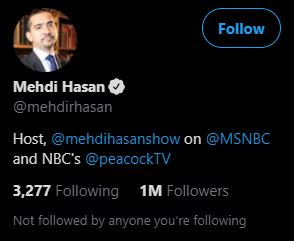 Calling for gun control based on what could have happened but didn't. The better take here is that there are tens of millions of AR-15s in America and if we wanted to go shoot up the Capitol we absolutely could but we don't so it doesn't happen.
I don't know about you but I am sick of people named Mehdi Hasan and "Dr."Jialun telling Americans what is wrong with our country when their family fled from countries full of people like them to come to a country built by and full of White people.
There is no reasoning with these people, and there is no way to live peaceably side by side with them.
Posted by Arthur Sido at 7:40 PM