You Live In Kalifornia, What Did You Expect?

The older I get the more I realize that there is a lot I don't understand, which is odd because when I was younger I knew a lot less but I thought I understood a lot more. One of the things that still baffles me are people who choose to live in California and then get endlessly upset when the California government does something stupid and in violation of the Constitution. You would think after the first million times they would start to figure it out. This is especially true for gun owners. Case in point, this video from the Armed Scholar that popped up in my subscription feed.
Really, an onerous tax on firearms and ammo? In California? A state that is openly anti-2A and that has an endless appetite for more tax revenue? Color me shocked.
This endlessly stunned and outraged response by people who choose to live in California when they do crazy stuff like this is a lot like the women who are claiming that Marilyn Manson was sexually abusive. Really, you voluntarily choose to date this guy.... 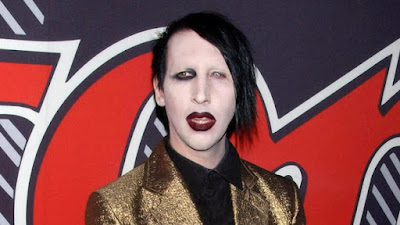 ...and then are shocked that he is into weird, freaky shit sexually? It would be shocking if he wasn't into weird shit.
This is 2021. We still live in a nation of 50 states and as of now you can pick up your shit and go to any of them at will. It might be a little harder than usual to get to Alaska or Hawaii but you can still go. You can hop in your car, leave L.A. and be to Salt Lake City in under 10 hours if you want to live somewhere more conservative and with a high percentage of super nice people in a cult. I live where I do because I choose to. If I didn't want to live in Indiana, I would pack my shit and move somewhere else. I could go to New York City if I wanted to live in a concrete cesspool. Or I could move back to Wyoming or one of the Deep South swamp states.
But muh job!
Get a different job. If you want to live somewhere with conservative values that is pro-2A, come to Indiana. There are a ton of employers desperately looking for workers right now and the cost of living is a fraction of what it is in California. Sure we are still looking at snow and cold weather for a few more weeks before entering mud season followed by the ungodly humid summer but the fall is nice.
Complaining about Federal policies is a completely different. We can vote one way in Indiana, overwhelmingly for Trump, and still get the Usurper Joe in the White House. We can elect our two Senators but the rest of the country gets to elect 98 more. I can't really up and move to another country, at least not very easily although if I could relocate my family to one of the Baltic states I might consider it.
The point is, you have choices and if you choose to live in California because of the nice weather and huge population of hot but unstable girls, that is on you. Just know that it means you will trade a bunch of your liberties. Either way, quit bitching about it.
Posted by Arthur Sido at 8:45 AM