Hey remember the mass shooting in Virginia Beach that happened just last Friday?
No?
Little wonder. While we are still hearing about Atlanta and Boulder, the Virginia Beach shootings are fading fast. Maybe because some arrests have been made.
Police also took three men into custody. They were identified as Ahmon Jahree Adams, 22, of Chesapeake; Nyquez Tyyon Baker, 18, of Virginia Beach; and Devon Maurice Dorsey Jr., 20, of Virginia Beach, according to WAVY.
Ahmon, Devon and Nyquez you say?
Here is Ahmon.... 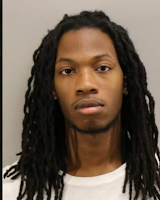 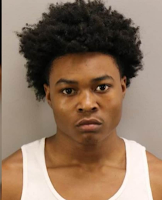 I had to go back a bit to find a booking photo of Devon from February of 2019 when he was 18 and was arrested for armed robbery with a firearm....

Two years later and he is out shooting people. Nice justice system. But in searching for Devon Maurice Dorsey Jr. I also ran across an old story from 2010 about the guy who appears to be his daddy, Devon Maurice Dorsey, also of Virginia Beach, arrested for burglary and sexual assault. 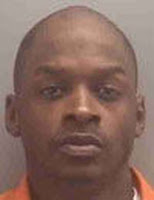 Violent crime runs in the family apparently. From what I can see, daddy Dorsey gets arrested on a regular basis for possession, possession with intent to distribute, assaulting cops, resisting arrest, etc.
So you can see why you won't hear anymore about the Virginia Beach mass shootings but you will continue to hear speeches about a sex crazed loon in Atlanta.
Posted by Arthur Sido at 10:14 AM