Over and over and over again....
Our scene this time: South Broadland Presbyterian Church in Kansas City and it is like so many urban churches. The "minister" is named Nicole Huyck-Richardson and appears on the church website with this photo: 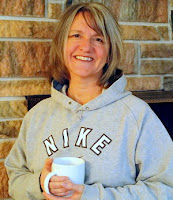 Well don't overdress or anything. The church proclaims:
South-Broadland Presbyterian is a diverse congregation that believes justice and equality are for all, with special attention to those most disenfranchised from financial and food security, decent housing, and educational and employment opportunities. We believe Black Lives Matter. We are working to bring about racial reconciliation and reparations through education and community outreach.
Wow, stunning and brave!
Anyhoo, the "church" has suffered a number of incidents of vandalism. In January the local Fox affiliate did a piece on the vandalism: ‘It is never ending’: Arson investigation underway at KC church targeted 4 times in 2 months
In this interview, it was obvious that this was being considered a "hate crime" in part because a black lives matter banner was pulled down...
They believe it’s all because they are speaking out about racial and social justice.
“It seems like it is never ending,” Pastor Nicole Richardson said. “It’s not just an accident. It’s not just a coincidence. I was concerned when first round of windows were shattered. I was concerned things would escalate.”
A butch looking old White gal from the church, Deena Smith who runs their daycare, had this to say...
Members like Smith said they will not let incidents like this stop them from continuing their message of social and racial justice, no matter how uncomfortable people may be.
“Taking the banner down does not support the persons of color who does not have that option. It’s a level of white privilege we could choose if we want to, but we don’t think that’s the right thing to do,” Smith said.
But hey, they raised $10,000 from GoFundMe to install extra security and the police were on the job to catch the White supremacist domestic terrorist who did this and sure enough just a few days ago they caught their man!
CAUGHT IN THE ACT: Police conduct surveillance at KC church that was target of vandalism, make arrest
Wednesday night a police officer watched surveillance cameras from inside the church’s security office as another officer waited outside out of sight. They saw the suspect walk up to the church carrying a baseball bat. He was seen swinging it. Then officers heard two loud bangs.
As officers tried to arrest Chidera Okolo, police say he used the bat to strike an officer two times. A Taser was used and Okolo was eventually taken into custody. Investigators say he was wearing clothing that was consistent with the clothing worn by the suspect during previous vandalism at the church. He’s charged with assault and armed criminal action.
Chidera Okolo you say? That doesn't sound like a White supremacist. I wonder what he looks like... 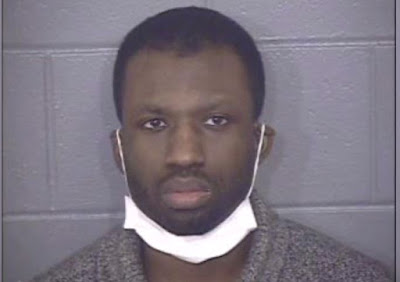 Oops.
At least the "church" didn't rush to judgment or anything.
If it weren't for hoax hates crimes, we really wouldn't have any hate crimes at all.
(HT: David Codrea)
Posted by Arthur Sido at 6:13 PM