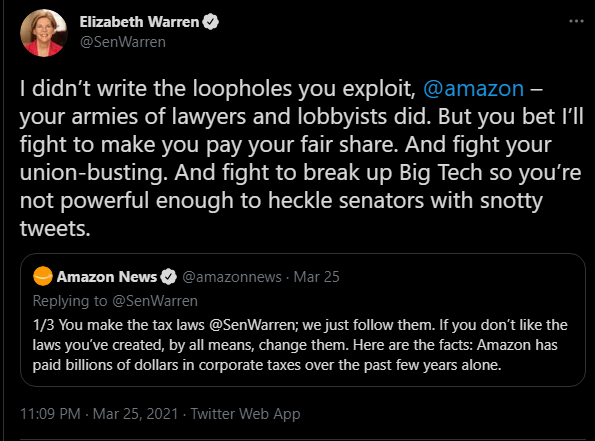 By the standards of sheer hubris, this rivals anything that Narcissist-In-Chief Obama managed.
If you are keeping score at home:
1. Lizzie "Heap Big Liar" Warren just freely admitted that the U.S. Senate doesn't actually craft the tax laws, corporate lawyers and lobbyists do. Now we all knew that already but her admitting it publicly is pretty bold. I don't expect a corporation (or individual) to pay one more red cent than they are required to by law but if the problem is that lobbyists are writing the tax laws, maybe someone who is a United States Senator should do something about that?
2. Ms. Warren seems to think that only powerful people have the right to "heckle" aka "respond back to" United State Senators. She accused Amazon of paying "close to nothing in taxes". The rep from Amazon replied back with a little spice but factually in reporting that Amazon does indeed pay the taxes they owe based on the tax laws. She flew into a white hot rage at the audacity of a peasant speaking to her. What a pompous bitch.
These are the people who rule over us, small and petty people who shouldn't be running a toll booth, much less the United States.
Oh, here is a bonus dumb tweet from the Secretary of Transportation, a man with an unhealthy obsession with train tunnels, Pete Bootygag: 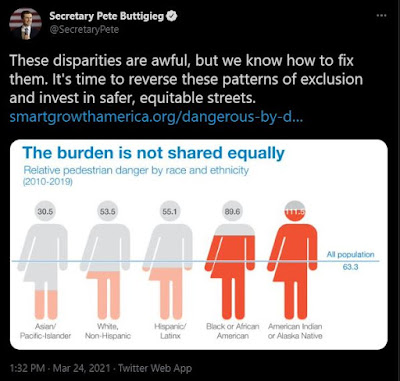