As the nation fixates on the Syrian mass shooter in Boulder and the sex addled mass shooter in Atlanta, the usual culprits in the hundreds of mass shootings a year haven't slowed down at all. Case in point:
Police seek man, 21, in shooting that killed woman, wounded 7 others in northwest Dallas nightclub
The man in question is yet another White supremacist domestic terrorist... 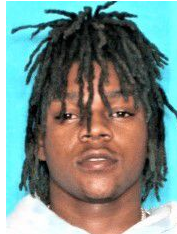 He has a traditional Welsh name, Jonathan La’Cory Terrell Rogers, and as is so often the case the sequence of events is as follows:
- large gathering of Africans
- drink is flowing
- an argument breaks out
- one of the Africans pulls a gun and starts blazing away
- random bystander is killed
In particular a 21 year old woman named Daisy Navarrete was killed and seven others were wounded, ranging in age from 18 to 46. No word if any of those wounded was the intended target of Mr. Rogers. The shooting took place at the Pryme Bar in Dallas. As you can see, it has a very....diverse clientele. 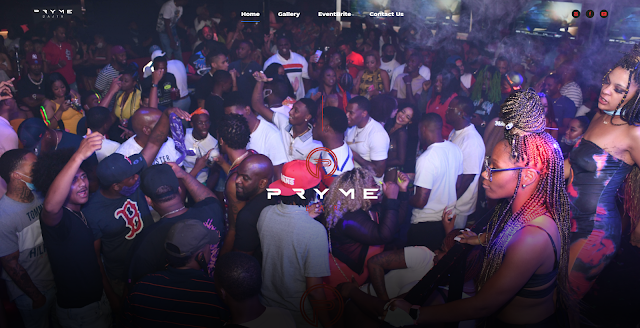 Anyway, the accused shooter from the not-so-friendly neighborhood, Mr. Rogers, is a fine and upstanding young man with a bright future. At least if you ignore that at 21 he is wanted for murder and seven other shootings and also if you don't notice something else:
Rogers has previously been arrested in multiple shootings in Louisiana, according to media reports.
In April 2019, he was jailed on an attempted-murder charge in connection with a shooting at a Shreveport mobile-home park that left four youths, ages 11 to 19, wounded, the Shreveport Times reported.
Two months earlier, he was arrested on one count of murder in the slaying of a motorist in Shreveport the previous December, CBS affiliate KSLA reported. In that case, 24-year-old Tevin Washington was shot in the head while driving, authorities said.
So let's do the math here. A 21 year old black man was jailed in 2019 for attempted murder in a shooting of four "youths", which qualifies as a mass shooting, one of the youths being only 11.
Just two months prior he was arrested for murder for shooting someone in the head.
Why isn't he in jail?
Arrested twice for serious violent crimes over the span of two months in 2019 and yet here we are less than two years later and he is shooting 8 more people in Texas and as of this morning he is on the run. How exactly does someone with multiple arrests for serious violent felonies end up at a nightclub with a gun? At a minimum this guy has shot 13 people in a little over two years, killing two of them, and that is just the people we know about. He has also broken who knows how many laws other than attempted murder and actual murder.
Jonathan La’Cory Terrell Rogers is the face of gun violence and mass shootings in America: a young black man with a lengthy criminal history who should have been jailed forever a long time ago but it still on the streets committing violence using an almost certainly illegally obtained firearm. His story is familiar to anyone paying attention and the lack of attention it is receiving relative to the two recent high profile shootings is also commonplace. According to the Gun Violence Archive there have already been 106 mass shootings in America in 2021 in spite of bitter cold weather for most of February but you have likely only heard of a handful of these shootings. With temperatures warming up the number of mass shootings is only going to rise and people like Jonathan La’Cory Terrell Rogers are going to be the shooter in virtually all of those shootings.
What would the proposals being pushed by former Vice President Joe Biden do to reduce gun violence?
Absolutely nothing.
What would reduce gun violence levels?
Maybe not allowing people arrested for two different violent crimes, including a murder, wander around our nation where they can commit even more violent crimes.
Mr. Rogers should be in jail awaiting trial on these two crimes and if found guilty of the murder he should be swiftly and publicly put to death. For shooting four teens he should spend the rest of his life in prison doing hard labor. Whatever the specifics he shouldn't be on the streets, buying illegal firearms and shooting up nightclubs.
We don't have a gun violence problem in America, we have a problem with violent young black men who respond to every conflict by spraying gunfire into crowds and we have a problem with violent felons being on the street where they can commit more crimes.
Bring back the gallows and let people like this swing in public for everyone to see. Perhaps that would discourage the next La'Yummytummy from blazing away because someone stepped on his foot or wore the same outfit to a hookah lounge.
More laws restricting legal gun ownership won't reduce mass shootings and gun violence but they never were intended to do so in the first place. The government doesn't want to control crime. It wants to control you.
Posted by Arthur Sido at 10:10 AM