Murder Among The Mormons

Due to the nature of my work, I often find myself parked for extended times with little to do but wait. I usually fill this time either reading or watching a downloaded video and this last week I watched the three episode Netflix series "Murder Among The Mormons".

MATM focuses on two murders committed by Mark Hoffman, a purported dealer in rare mormon documents. He managed to hoodwink a bunch of people as he turned out to be a master at forgery, and his most successful scams involved the mormon church of which he was a member. As his scams began to unravel, Mark murdered a couple of people to throw investigators off his scent and ended up blowing himself up, badly injuring himself but surviving. The whole sordid affair gave black eyes to lots of government agencies, document experts and especially the mormon church. Hoffman eventually admitted to the murders in a series of jailhouse interviews, chilling for the casual attitude he had and absolute lack of remorse for the murder of two people for no reason other than to cover his tracks. He has a soft, almost effeminate voice and manner that belies the fact he is a murderer. 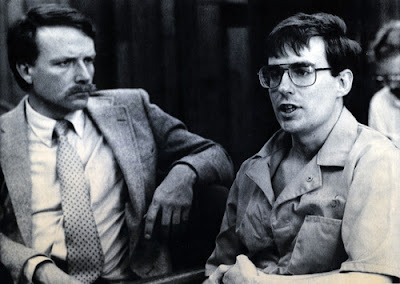 Of all of the significant religions in the U.S., the mormons are especially vulnerable to this sort of scam. Mormonism was birthed fairly recent in the United States and the whole history of the cult is centered in a path from upstate New York to Salt Lake City, Utah. That means that unlike religions like Islam or Christianity, faiths that stretch back over 1000 years and were birthed in the Middle East, mormonism is all from the U.S. and their historical documents and artifacts are right here in the U.S., many still in existence and often embarrassing to the mormon church. The so-called "Book Of Abraham", part of the mormon canon, is especially embarrassing (see: The Book of Abraham Papyri and Joseph Smith). Also there is the issue of claiming to have "prophets" who clearly lack any sort of prophetic ability, thus making the church prone to snatching up the Hoffman documents in order to suppress them. The worst of the lot were the Salamander Letters which purported to give an alternate account of how Joseph Smith "found" the golden plates that became the Book of Mormon. While there have been a number of alternate versions of the discovery, the current official account is that Smith was led to the plates by an angel named Moroni. The Salamander Letters substituted the angel Moroni with a white salamander. That is a less credible story for young missionaries to tell prospective members so it was memory holed 1980s style: purchased by the mormon church and locked away.
I was of mixed feelings about the mini-series. On the one hand, I am suspicious of any obvious attempts to slander a conservative religion by the mass media. But I also have an equally deep suspicion of organized religion, and mormonism epitomizes everything wrong with organized religion. Not to mention our own personal experience in this cult, an experience that left me with a deep revulsion for all things mormon. Still it raised some interesting questions, and not just about the mormon church.
One person interviewed, Shannon Flynn, paraphrased something he said Hoffman believed, something very profound about the nature of belief.
"Mark said something that will give everyone pause. Because essentially, he said, if something seems to be true and becomes accepted as true, it becomes true."
Mormonism relies heavily on this. As long as you believe the story and don't ask the wrong kind of questions, mormonism becomes true despite the glaring problems. But the whole thing is a house of cards and once you pull a little on one card, the whole thing falls down. It is easy to point at mormonism and level this charge because it is so ludicrous.
But what about other religions? In retrospect, I was a very devout and zealous believer in Christianity but it seems that mostly my belief was because I wanted to believe. I wanted it to be true and so it was. Sure it was all based on a book that contains zero direct writings from the people who are attributed as the authors and talks about a loving God who intentionally created billions of people who were headed for an eternity of unspeakable pain and suffering but I wanted it to be true and therefore it was true. There is a reason that so many people in the Christian church are more interested in arguing over points of theology with each other rather than engaging the work of apologetics or evangelism. Look at someone like Ravi Zacharias. He was a dynamite speaker, passionate and intelligent. He would engage unbelievers winsomely and convincingly. He was also apparently sexually abusing who knows how many of hundreds of women, and apparently owned several "day spas", aka massage parlors in the Atlanta area. Did he believe what he was preaching while behaving in a way contrary to those teachings? Who knows but he certainly sounded convincing.
Ultimately the mormon church was able to be hoodwinked because like all institutions, sacred and secular, their main concern is staying in business. The letters Hoffman purported to have found were damaging to the church so they bought them to bury them. Anything to keep the hustle alive. They are far from alone in this. The Catholic church shuffled abusive priests around for decades or longer, knowing they were raping children, yet they were more concerned with saving face than protecting children. In the evangelical church in America, there is a stampede to embrace critical race theory and perform oblations to the race hustlers to avoid being "cancelled". Corporations will suck up to any group they have to in order to sell more product, whether homos or trannies or racial minorities.
There are some important lessons to be learned here about the nature of institutions, the human condition and in what we believe and why we believe it. 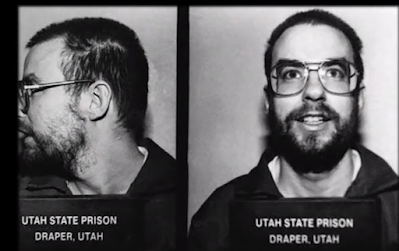