The Lügenpresse never stops. From  the Coruscant Times: 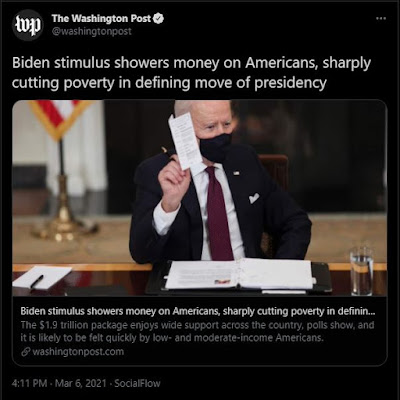 That is just short of performing fellatio on Old Joe on the Mall.
The defining move of his "presidency", now that he found time to get this done after putting trannies back in the military and girl's locker rooms plus a random bombing of a foreign nation. I guess that doesn't bode well for Biden being in office for much longer. Thanks for the trannies and smaller checks Joe, now make room for Kamala!
Maybe your memory is better than mine but I seem to remember getting even more Trump Bux last year and poverty was apparently unchanged but these Biden Bux are fucking magic and have solved poverty before the first check even goes out. Meanwhile Biden's most loyal constituency is doing great under The Usurper..... 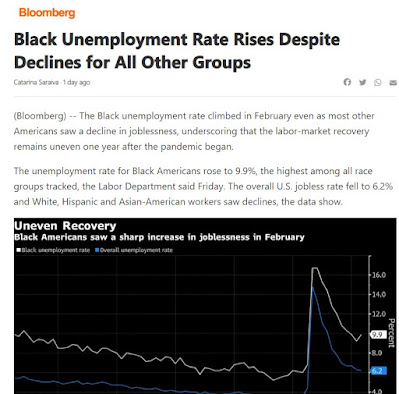 We can't be far from a new stimulus that will only go to blacks and other "disadvantaged" people, "disadvantaged" apparently meaning "not willing to get a job". blacks lagged behind other groups under Obama, then did much better under Trump and are headed back into the toilet under Biden and they still vote 90% for Democrats. It almost seems like the economic arguments conservatives love to make don't resonate with other racial groups and are a waste of time. Almost.
So what is different about Biden Bux compared to Trump Bux? Obviously Trump Bux didn't work because they were infused with racism and the taint of White supremacism while Biden Bux are made of rainbows. Duh!
The Lügenpresse really is the enemy of the American people, the mouthpiece of the globalist oligarchs. 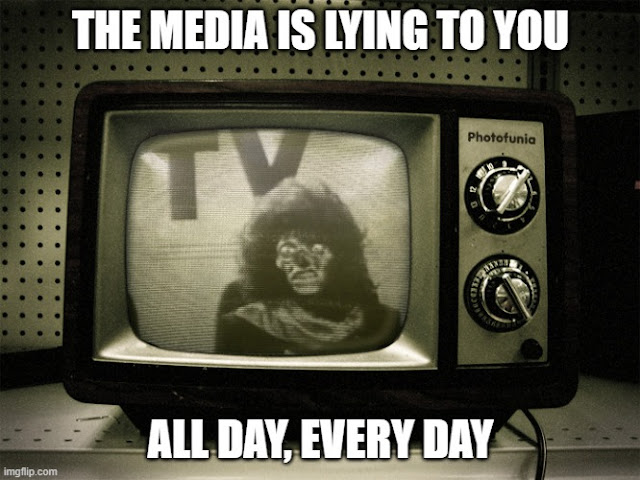