When the Hunter Biden laptop scandal broke last year, I suggested in Tinfoil Hat Time that the "leak" was quite likely done by a Democrat operative, not a conservative.
The obvious plan is that Joe Biden is a safe, harmless old man, a placeholder, and his real purpose is to come across as an OK candidate for working class Whites. The intent is never for Biden to serve a full term. This talk about invoking the 25th Amendment to remove Trump? I think it is mostly aimed at setting the stage for removing Biden next year as his mental state continues to diminish. But this incident could be the pretext for a forced resignation or even impeachment in 2021.
Then lo and behold we get this news today....
Hunter Biden probe 'active and ongoing' without White House interference: sources
The federal investigation into Hunter Biden's "tax affairs" is "active and ongoing," two sources familiar with the status of the probe told Fox News.
The sources told Fox News that those involved in the investigation, which is being run out of the U.S. attorney's office in Delaware, are "treating it seriously."
And as President Biden and members of his administration vowed, sources told Fox News that the U.S. attorney's office in Delaware "has not heard from the White House" or the president’s nominee for attorney general, Judge Merrick Garland.
While I don't trust Merrick Garland any farther than I could throw his wizened husk, I do believe that this investigation is very actively but quietly ongoing and quite possibly that the Usurper Joe has no idea what is happening.
This could be exactly what they need to quietly force former Vice President Biden to resign, assuming they can't push him down an staircase or as a last resort to impeach and remove him in favor of Kneepads. I thought Biden would be gone by mid-summer but maybe it will be even sooner. 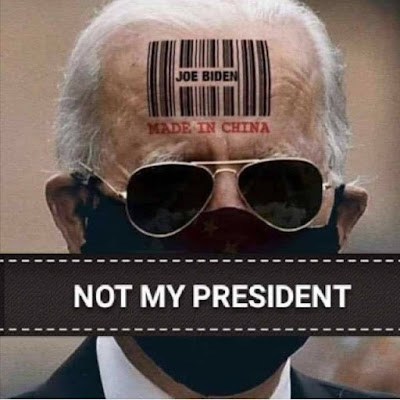