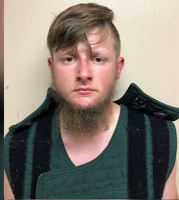 But this is the picture on most news sites. 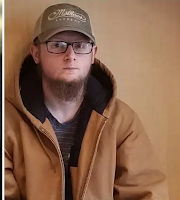 This guy checks off all of the boxes like clockwork:
✅ Young White male gomer from the South
✅ Apparently was openly Christian.
✅ No word yet on the firearm used but I would bet it was an AR
✅  Attack was targeting Asians, which is handy since there have been a huge number of attacks on Asians by black guys. Obvious distraction is obvious.
✅ The women shot were likely first or second generation Asians, so they are disposable victims for the gun grabbers.
✅ It sounds like it was mostly women shot (6 of 8), so you can be sure this guy will be labelled an "incel"
✅ Race hustlers are already out if full force and the cops are investigating if there was "hate" involved.
Like I said, this guy is straight out of central casting.
This shooting is kinda weird and it probably won't move the needle on gun control but it does serve as a handy primer for what is sure to be a much more spectacular false flag coming soon. The news will splash this all over, even though 8 people shot is considered a quiet night in most diverse urban neighborhoods, not worth even mentioning by the media.
Be extra vigilant now, for this to have maximum impact the big false flag needs to happen fairly soon so they can link them together. Also quite possible we will see another, slightly escalated shooting first before the main event. There isn't much you can do about it but you can't say you weren't warned.
Posted by Arthur Sido at 7:13 AM