Braces Back On The Chopping Block

Yesterday I said that I wouldn't be surprised to see executive action on pistol braces and this guy agrees that is likely coming....


As I said late last year in A Brief Respite On Pistol Braces...
They ATF quit on this awfully easily. That makes me suspect the whole thing was a trial run and that once Biden is in office, he will issue an executive order of some sort and armed with that order the ATF will go back and try this same scheme over but for real this time.
Pistol braces are low hanging fruit and will absolutely be on the chopping block, especially if the Democrats repeat their success in stealing the 2020 general election via widespread fraud and taking the Georgia Senate seats. Enjoy the win while you can but don't think for a second this is anything other than a temporary reprieve.
A lot of people on the 2A side were cheering our big "victory" but I don't think the ATF planned on doing it for real until 2021 in the first place and now with The Usurper in office there is nothing to stop them and plenty to encourage them.
There is nothing more lethal about AR pistols with braces versus a rifle with a stock, other than being slightly shorter and maybe easier to conceal but the Muslim shooter in Boulder just walked in and started shooting so it wouldn't have made any difference.
Oh, and everyone he shot was White but no hate crime here: Hate Crime? All 10 Victims of Boulder Shooting Suspect Ahmad Al-Issa Are White 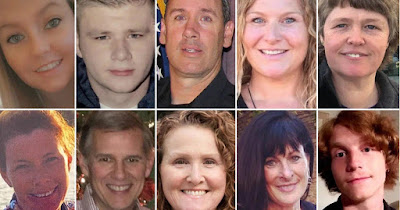 Anyway, get your AR/AK pistols while you can boyz.
Posted by Arthur Sido at 10:07 AM