Following the passage of multiple gun control bills by the House, gun violence in America magically disappeared!
Just kidding.
Gun control is aimed at disarming the mostly White and already law abiding population feared by the oligarchs and court mandarins in Coruscant. Actual gun violence is mostly committed by a different demographic.
Twice in the middle of the night we were awakened by our phones courtesy of an Amber Alert for a 6 month old child. When I got up this morning, the alert had been cancelled but it appears her abductor who is still at large is her father, one Malik Halfacre. 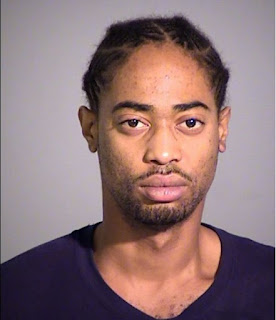 It is not just you, he does look like a discount Tiger Woods.
As it just so happens, he also apparently murdered four people in Indianapolis last night, including a different child. I assume one of the deceased is the mother of the kidnapped infant. Just a few weeks ago in Indianapolis, a different black youth, one Raymond Ronald Lee Childs III, a 17 year old, was charged in the murder of six members of his own family, his mom and dad, two siblings, a pregnant teen apparently knocked up by his brother and her unborn child. He shot another brother who survived. The shooting stemmed from an argument with his father for staying out to late, an argument most teen-aged kids have had at least once, so the obvious solution is to shoot your dad. And your mom. And your siblings. And the girl your brother knocked up. What else would you do? 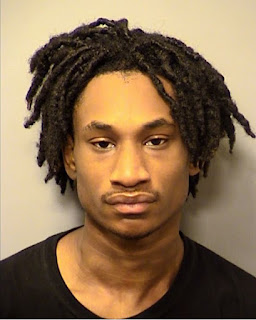 Unfortunately a 17 year old cannot be sentenced to death in Indiana, a gross oversight in my state, so this charming fella is looking at the better part of 60+ years as a guest of the state.
Meanwhile in the Windy City, yet another mass shooting.
At least 15 people shot, 2 killed in mass shooting on South Side
At least 15, but likely more as the number has been climbing all morning. No suspects at this time, go figure.
Then our old pals antifa/bLM were up to their usual shenanigans, rioting and destroying in Seattle and Portland as well as an armed march blocking traffic in Louisville to commemorate the death of Breonna Taylor, an accomplice to her drug dealing boyfriend who was shot when her criminal drug dealing boyfriend started shooting at cops.
But please tell me more about how right-wing White supremacist domestic terrorism is the real threat and how forcing law biding gun owners to go through a background check to sell a rifle to their buddy is going to reduce gun violence.
Posted by Arthur Sido at 11:56 AM