Arranging The Stage For The False Flag Op

Many people including yours truly have been warning that the gun control Biden has promised will be preceded by a false flag incident of some sort to provide the emotional impetus to push through gun control legislation and provide some cover for politicians on the fence, like West Virginia Senator Joe Manchin (D) and a bunch of squishy Republicans to vote in favor of sweeping measures. Sure they can maybe push some mild stuff through now but the big stuff will need a little lube to get fully inserted.
In order for the false flag to really work, it is necessary to plant the seeds in the minds of normal, low-engagement citizens. A random, out of the blue false flag would probably work but it would be better to have the fear of "safety" already festering in the short attention span American populace. They aren't going to miss their chance this time. The 1994 Clinton "assault weapons" ban had a number of issues that the Left was unhappy with, most notably that it had a 10 year sunset provision that expired in 2004 and that it grandfathered in most firearms people already owned. This time around there won't be a grandfather clause or a sunset provision so to overcome objections something needs to happen to tug the emotional heartstrings.
Our little wannabe Kommissars are hard at work preparing the way.
Whether the January 6th "riots" were staged by the Left or an actual spontaneous action really doesn't matter at this point. What is important is that it has been used like Charlottesville before it to create the narrative framework of a vast right wing conspiracy. There are rumors of rampant "White supremacy" in the military and law enforcement ranks, leading to suggestions of a new loyalty oath to the Usurper. There was already talk of a putative kidnapping of the governor of Michigan and her misshapen head by pro-antifa anarchists that was pinned on "militias". Now comes the latest load of manure....
Militias Tied to Capitol Riot Discussed State of the Union Attack, Acting Capitol Police Chief Says

Acting Capitol Police Chief Yogananda D. Pittman said on Thursday that the militia groups tied to the January 6 Capitol riots discussed plans of a similar attack during the State of the Union.
While testifying before the House Appropriations subcommittee, Pittman said: "We know that the insurrectionists that attacked the Capitol weren't only interested in attacking members of Congress and officers. They wanted to send a symbolic message to the nation as who was in charge of that legislative process."
"We know that members of the militia groups that were present on January 6 have stated their desires that they want to blow up the Capitol and kill as many members as possible with the direct nexus to the State of the Union, which we know that date has not yet been identified," Pittman added.
She went on to state that due to this possible attack, the Capitol Police believes that they need to maintain their "robust security posture" around the building, "until we address those vulnerabilities going forward."
First can we just revel in the absolute absurdity of someone named "Yogananda D. Pittman" being put in charge of the Capitol Police? Yogananda? This is a joke, right? 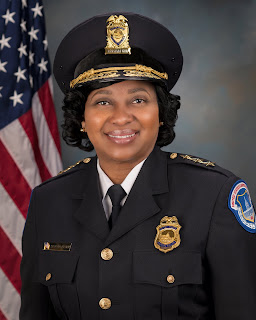 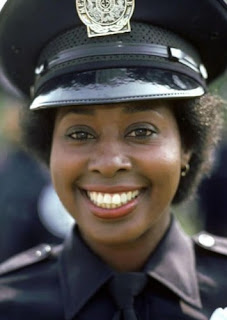 Second, how exactly would one blow up the Capitol? Even before the "insurrection" there were few buildings more public than the Capitol. How would you manage to plant sufficient explosives to blow up the building? Blowing up a building isn't an easy task. Muslims tried to blow up the World Trade Center using a car bomb years before and only managed to cause some damage and kill a few people who happened to be very close to the explosion. The destruction of the Murrah building in Oklahoma City took a bomb with over two tons of fertilizer and since then you can't get anywhere near a Federal building with a truck bomb. So this really isn't a serious threat, it is more akin to the plot of Debt of Honor, the Tom Clancy novel where a Japanese pilot flies a 747 into the Capitol killing almost everyone in government.
Idle chatter on the internet, most of it probably coming from Feds or Fed informants, does not rise to the level of a serious threat. Just like there isn't a huge percentage of the U.S. military that are involved in "White supremacist" groups. That hasn't stopped some people at the top levels of the military from accusing those serving in our military of being enemies (see John Wilder's post: The Great Purge Ahead for more). Even the UN has gotten in on the act, warning about the "global threat of neo-Nazism and White supremacy": White supremacy and neo-Nazi movements are a ‘transnational threat’ which grows more dangerous by the day, says UN chief. Why didn't Trump boot those asshats out of our country as soon as he took office?
All of it is bullshit. No one is really even considering blowing up the Capitol. The bombing in Oklahoma City turned the whole nation against the militia movement, basically killing it and making the term toxic, precisely what it was intended to do by the people who were actually responsible. That was for some random building in Oklahoma. Imagine blowing up a building that has stood for centuries as the seat of power in America, one of the most recognizable and iconic buildings in the world. In fact, not coincidentally, they only way some random yahoos from Missouri or Idaho could have a chance of carrying this out is if they were given assistance from the Feds. I wouldn't rule that out. The FedGov has already shown a willingness of many occasions to kill any number of innocent U.S. civilians in order to get what it wants.
Bullshit or not, there is a reason behind this and that reason is creating the imagery in the fickle minds of the American populace that there is a significant threat from "White supremacists", and when the false flag happens the average Joe will already be inclined to believe whatever story they hear from the media and support whatever gun control they are told to support.
Stay frosty my friends, the time is growing short and the Left is growing impatient.
Posted by Arthur Sido at 9:42 AM