Are You Getting The Picture Yet? 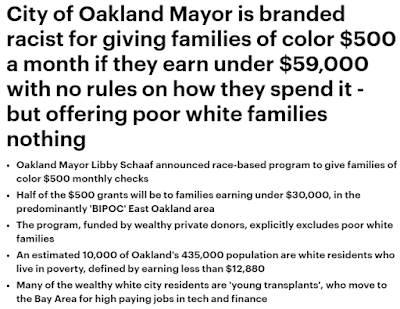 You can't really be on the fence about this. While it is privately funded, it is being administered by the city apparently and the city government has declared that poor White people are just shit outta luck. Bootstraps for Whites, handouts for blacks and mestizos. Hopefully someone sues the city for this but that won't change the fact that from the top on down, the government of the people, for the people and by the people no longer exists and all that remains is a criminal enterprise that punishes those who fail to comply enthusiastically enough and rewards those who do it's bidding. This is epitomized in the Usurper Joe Biden's "administration". Even the most ardent partisan knows that Joe is lost as sea. There are people running the country but Joe Biden ain't one of them.
For decades people on what passes for the Right, those calling themselves conservative or libertarian, people who hold to traditional Western values whether culturally or religiously, all have been trying desperately to not only ignore what they see right before them but to pretend that it doesn't exist and that in fact the opposite of what they observe is true. This once great nation of Europeans who discovered, settled, conquered and who finally raised our people to the pinnacle of humanity is bleeding away into fecklessness, chaos and violence. This is happening not because we have the wrong laws but because we have changed the people. The givers are being swamped by the takers, the builders by the destroyers.
The seemingly harmless farce we participated in where we proclaimed that our values were universal and worked regardless of the people has fallen apart and been shown to be far from harmless. Today to be part of the people who made this country is to be accused of being the worst aspect of the very society that we built while those not only had no part in building our society but at every turn have held us back are now exalted and sit in judgment of us.
If you are one of my people, heritage Americans of European descent, your own government is actively seeking your ruin and when they grow weary of simply stealing from us and haranguing us about our "crimes", it will be a natural next step to seek our extermination. That this nation cannot exist without us is a ironclad fact that they ignore out of religious zealotry.
All of the political squabbles, the skirmishes in the culture wars, the petty fights, all are just small skirmishes in a war for survival. There is no second place in this fight and if we lose and they prevail, we won't get reservations or a negotiated peace. This only ends one of two ways. 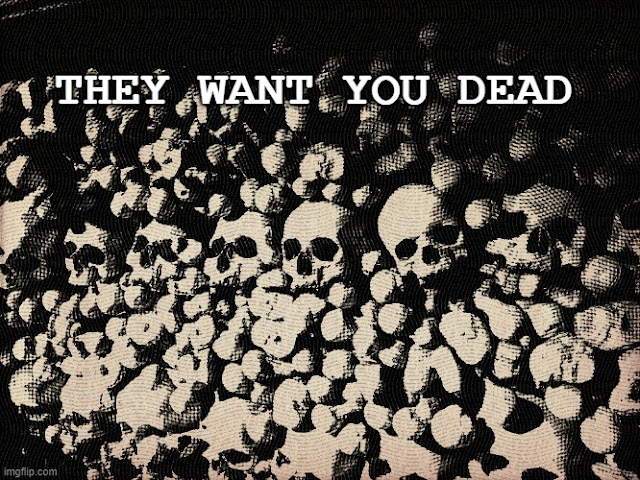