You probably have already heard of this bill. H.R. 127 is working it's way through Congress and while it probably won't pass in it's current form, absent the expected false flag shooting to provide emotional cover for traitorous Republicans to support it, you still need to be aware of it. The bill is the "brainchild" of imbecile Sheila Jackson Lee, well known for knowing nothing about guns, the Constitution or anything else. 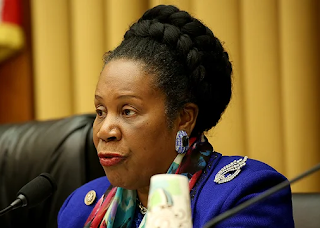 Ms. Jackson Lee is a 71 year old dingbat who should be (at best) managing a Waffle House, not proposing legislation but thanks to the universal franchise she gets to dress up in gaudy outfits and help make laws in the U.S. for the last quarter of a century.
H.R. 127 is a veritable cornucopia of unconstitutional and immoral rules and regulations that seek to make the ownership of virtually all commonly owned firearms in America illegal. The list of infringements includes things like a national firearms registry, something they have wanted for a long time so it is easier to know where to go when they decide to start seizing firearms. Here is the real kicker, the registry would create a public database. What possible reason would there be for allowing the public to access a database of firearms owners other than to provide a shopping list for Sheila Jackson Lee's constituents? You will also need a Federal license to own a firearm, and to get that license you have to go through the usual bullshit but also this:

Not only do you have to submit to questioning from a psychologist, a profession that is nearly universally staffed by the craziest people in our society, but also family and friends and any former spouse will be interviewed. Read that again. In order to own a firearm you would have to get an OK from your ex-wife or ex-husband. I wonder how that would work for a woman who divorced her husband because he was beating her and wants a firearm to protect herself. Imagine how the interview with some quack psychologist and her ex-husband would go. This rule is not only for "assault weapons" but according to the bill the registration is for "each firearm present in the United States". So if you are a Fudd with a shotgun for duck hunting and a lever action 30-30 for deer hunting, you still get to be examined by a psychologist along with your wife and any ex-wives and you have to do it all "within 3 months after the effective date of this section".
Let me walk you through this. Say the expected false flag mass shooting happens in March (just picking a month at random) and this bill is passed and signed by former Vice-President Biden in April. It becomes effective July 1, 2021. By the end of August 2021, every who owns any firearm or even any ammunition in America will need to be registered. In around 90 days, you would need to register what, 100 million gun owners? That works out to over one million licenses issued, including a psych eval, every single day. That seems reasonable. In 2014 the American Psychological Association estimated that there are a little over 100,000 licensed psychologists in the United States. To meet the requirements of this bill, every single one of them would have to provide an evaluation of at least 10 gun owners every single day, including Saturday and Sunday, which would leave no time for any other patients.
100 million gun owners is also a very conservative estimate.
I will give you a sneak preview. Having encountered a few members of the "mental health" community, I have zero interest in spending any time talking to one to explain why I wish to exercise my natural right to arm and protect myself, a right codified in the Constitution of the United States. In fact I don't have any interest in talking to a "mental health professional" about the weather or the price of tea in China or anything else. Those people are crazy, that is why they became psychologists/psychiatrists in the first place.
The rest of the bill is stuff we already knew from Creepy Joe's gun control plan, like restrictions on owning "assault weapons" and also banning "large capacity magazines" which are defined as magazines holding more than 10 rounds, which would basically mean the vast majority of semi-automatic handguns in existence other than 1911s and some really small sub-compact guns.
Ms. Jackson Lee's bill will now travel through the House Judiciary Committee, headed by Gringotts's goblin Jerry Nadler. 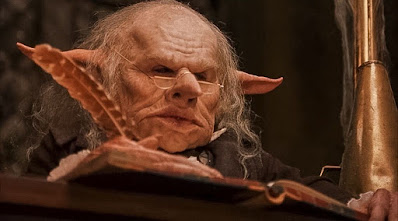 That repulsive little asshat is someone else who has no business making laws that restrict the liberties of Americans. For more details, see this report from the Firearms Policy Coalition: Stop HR 127 - Gun Licensing, Registration & Partial Ammo Ban
As another aside, I sent some dough to the FPC this morning and you should too. A week or so ago I renewed my Gun Owners of America membership, you should do the same. Hell, send some money to the NRA. Anything helps, although the GOA and FPC are more worthy recipients. This is no time to be stingy.
To reiterate, I don't think H.R. 127 in current form will become the law, at least not in the current environment, but it lays out what the Left plans for gun ownership in America and the plan is complete disarmament of the American people. The bill itself is intentionally written in such a way as to be completely unreasonable and unenforceable.
It isn't as though people like me haven't been warning you. Now it is happening and you will have to decide at some point whether you capitulate and comply or tell them to fuck off. Bills like this are designed to put your back against the wall and you will have to figure out what you are willing to do.
You better get your mind right.
Posted by Arthur Sido at 9:30 AM