History Is Repeating Itself 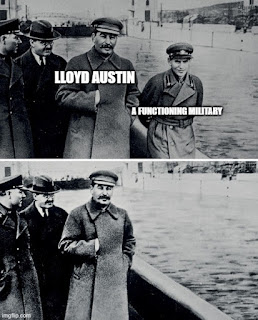 From 1940-1942, the Soviet Union under Joseph Stalin began a massive purge of the Red Army to weed out “counter-revolutionaries” and “German spies”. Hundreds of officers were arrested and executed, including hundreds executed in a single day while Moscow was under attack by German forces. These executions were the backlash for various failures on the part of the military and undoubtedly many of them were simply political, payback and a means to advance your career by executing a rival.
That was the 1940s. This is today….
Defense secretary will order military-wide stand down to address extremism
Defense Secretary Lloyd Austin will direct a military-wide stand down to address extremism within the ranks he told top military leaders in a meeting Wednesday, according to his top spokesman.
Austin wants all military units to take an operational pause to discuss extremism as he works to grasp the full scope of the issue and better address the longstanding problem, John Kirby, the Pentagon’s chief spokesman, told reporters Wednesday. The pauses are expected to occur within the next 60 days, but Austin has yet to determine how the stand downs are to be completed, Kirby said.
The new Defense Secretary is a black guy and that already is proving to be his defining characteristic rather than his military service. Later in the article we read:
The 2021 National Defense Authorization Act, which sets annual Pentagon policy and spending priorities, contained measures meant to help the department address the issue, including the creation of a new position within the department’s inspector general’s office — the deputy inspector general for diversity and inclusion and supremacist, extremism and criminal gang activity.
As we all know, any views on politics or race that don’t conform to the most extreme Leftist demands are apt to be labeled “White supremacism” and now the military will have their own secret police commissar to investigate “supremacist” activity alongside criminal gang activity. Stalin had a man named Lavrentiy Beria to carry out his purges, a vicious little beast. 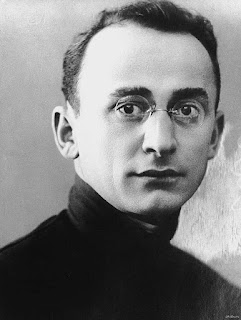 He was also alleged to have used his power to pick women at random to rape, threatening them with arrest if they complained, and also using women for sex in order to free their relatives from prison. He oversaw such heroic Communist victories as the Katyn massacre where at least 22,000 Polish military P.O.W.s were executed by Beria’s secret police to prevent them from becoming a problem to the Soviets later on. Mass graves would be discovered confirming the massacre, those tens of thousands executed being just a drop in the bucket compared to the one hundred million people who died in the 20th century as victims of Communism. 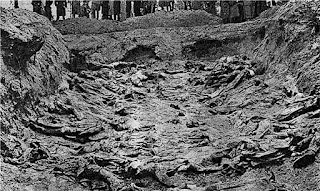 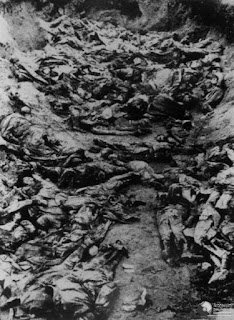 Amusingly, Beria himself would later be arrested under the regime of Nikita Khrushchev and executed on his knees as a traitor, just as he had ordered so many others to be murdered.
Who will fill the role of Lavrentiy Beria for the Pentagon? We don’t know for sure yet but we do know this, when witch-hunts for traitors and counter-revolutionaries start, they always get out of hand. The Red Army purge followed the “The Great Purge” or “The Great Terror” from 1936-1938 during which around one million people were murdered by the Communists, which in turn followed the Holodomor in 1932-1933 in the Ukraine where anywhere from 3 million to 10 million Ukrainians were systematically starved to death by the Soviets.
There is really no reason to think that this contemporary reenactment of the Red Army purge in the U.S. military will end with a few court martials and dishonorable discharges. Once you establish that certain political beliefs are disqualifying for military service, it isn’t a long walk to apply that to all walks of life. If you think it can’t happen here, you are ignorant of history and willfully ignoring what is going on right now in America.
I am sure the people starving to death in the gulag or on their knees with a gun pressed to the back of their heads in some secret police basement wish they had fought back before it was too late. Let’s not repeat their regrets because once you get on the train, it is too late to start resisting.