Radio Flyer is a venerable American company best known for their little red wagon for children as well as their tricycles. The company has been around for more than 100 years, founded by an Italian guy named Antonio Pasin. They still make decent quality wagons and scooters for kids and I have ordered a few for Amish families. Because of that, I occasionally get emails from Radio Flyer and I got a new one this morning. 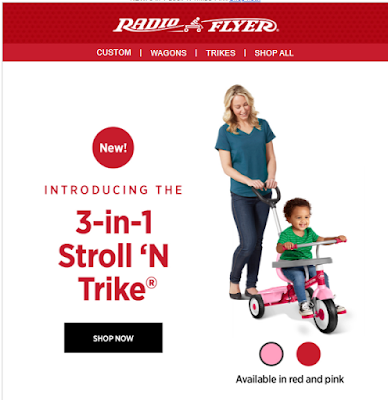 The blonde White woman pushing a mixed race child on a tricycle. How very woke of them. Oddly enough there is no father in the picture. Weird.
I get that there are mixed race kids out there, even while I also understand that it puts those kids in a difficult social standing that is not their fault. But this is an advertisement, so it means this isn’t a real mother and her kid, this is a carefully selected combo that marketing people thought would send “the right message”. They went with the attractive blonde woman and a mixed race child because they are concerned with selling not just a fun new product but also with an image of Radio Flyer as an enlightened, woke company. This is a $60 tricycle, so not cheap, meaning that the real purpose of this combo is to reassure nervous White suburban parents that it is OK to buy from Radio Flyer. It is a signal to those consumers that they are a Good Company, not a Bad Company.
The whole thing reminded me of the Stonetoss burgers meme, so I adapted it a little. 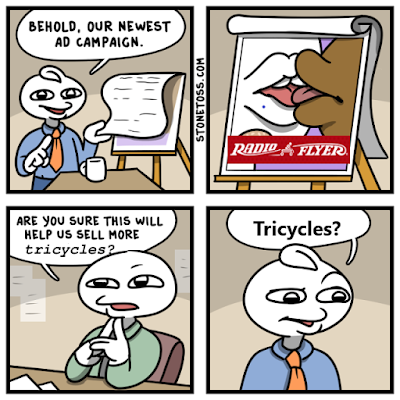 Again, I don’t blame the child for the circumstances of their birth and that isn’t the point here. The point is that the corporate world is intentionally using images that portray a world that is really quite different from the lived reality of most of their customers. America is still majority White but you might not know that from advertisements. Here are a sampling of financial service websites landing pages, chosen because they are the biggest companies, and screenshots of what greets you:
First Bank of America

A pair of black people, a mixed race couple and a black woman.
Then Citi: 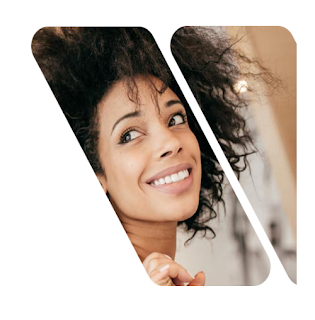 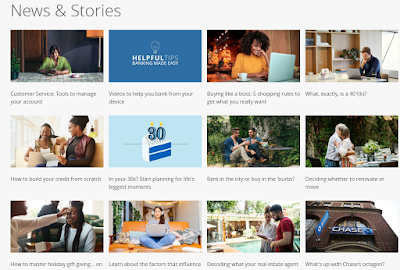 A lot going on here. Starting at the top right: an Indian woman, then a mixed race woman, a solitary White guy, two black women, a couple of faggots in a mixed race coupling (bonus woke points!), an elderly White couple, a trio of blacks, an Asian woman, another mixed race couple. I mentioned before that Chase has been all in on sodomites for a long time, perhaps the black women are supposed to be dykes-of-colour. Not sure.
Finally the largest regional bank in our area, First Merchants Bank: 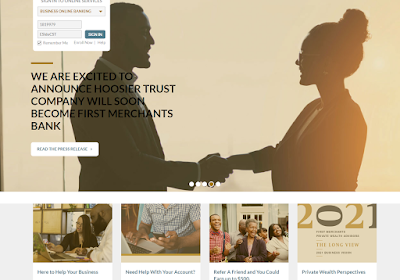 The black businessman shaking hands with the black business woman, a couple of black people in front of a laptop, the torso of a black person, and a black family. In fairness there are other pictures on the site that including more White people but in general I would bet that First Merchant’s customer base is overwhelmingly White as FM is an Indiana bank and my state is around 85% White and less than 10% black. You wouldn’t know that if all you knew about Indiana was the First Merchants website.
It isn’t just banks of course. 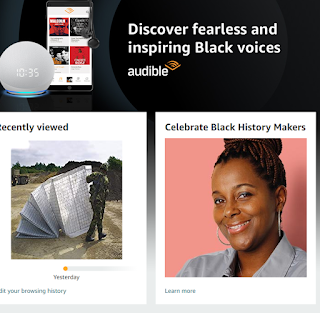 Amazon is on board with the “inspiring Black voices” thing and black history month.
Even Sam’s Club:

I could spend all day randomly going to corporate brand websites and getting screenshots that confirm this but you get the picture.
The world you see portrayed by corporate marketing departments isn’t the world most of their consumers live in. That isn’t a coincidence or accident. The people who created virtually all of these companies and the people who make up the bulk of their customer base are being systematically excluded from advertisements and brand marketing.
Remember that when you are told you should be supporting tax breaks for these same corporations.