Asians Attacked By blacks Because Of White Nationalism. Of Course.

A few weeks ago a video made the rounds, and it was disturbingly commonplace. An elderly Asian man named Vicha Ratanapakdee, 84 years old and frail as people of that age typically are, was out walking when a "teen" charged across the street, slammed into the elderly man, knocking him down and killing him.
Of course he celebrates his valiant victory over the forces of Asian racism by thumping his chest. What a tough guy!
This is the latest in a string of black on Asian violence so a mixed race black-Asian fella named Rohan Zhou-Lee (also a homo, what a shocker) organized a rally to condemn the violence and he astutely identified the real culprit of this violence: 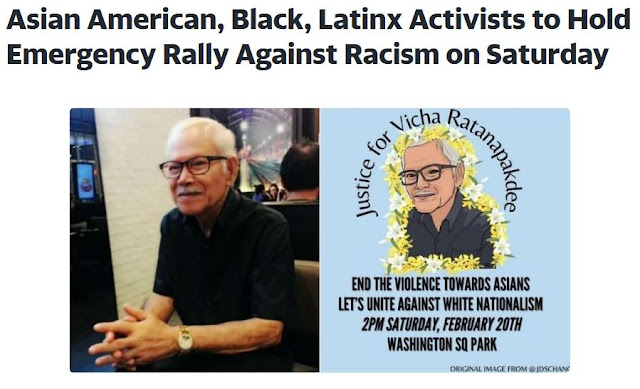 Oh, silly me. I guess these random acts of violence by blacks against Asians is really the result of "White nationalism" and not just a propensity toward violence by this particular demographic. The article I read also pointed out a number of other White nationalism inspired attacks on Asians:
First up, Ee Lee.
Ms. Lee was a 35 year old Hmong woman. In September of last year she was set upon by a pack of 11 "teens" in a park, sexually assaulted and beaten to death. Two teens were charged, a 17 year old named Kamare Lewis and a 15 year old named Kevin Spencer. There isn't a photo of the younger defendant but there is one of the 17 year old: 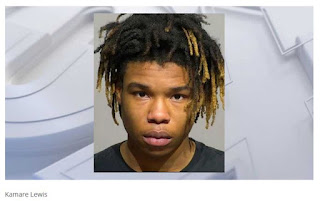 Damn these White nationalists!
Then there was Noel Quintana, a 61 year old Filipino who was slashed in the face fillowing a "dispute" with another man on a NYC subway. Another White man no doubt..... 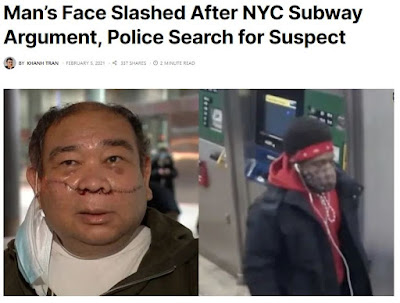 Oops.
Just as a significant percentage of attacks on Jews are committed by blacks, so are attacks on Asians and also of course White people but no one cares about that.
This is grade A gaslighting and cognitive dissonance. You see the mugshots and the videos and the perpetrators are almost always black but then the media and government figures tell you that the real issue is White nationalism, even though White people are rarely the actual perpetrators and the people who are usually the perps are exalted as the real builders of America.
Guess what kids, either you start to take tribal solidarity as White people seriously or this sort of gaslighting is going to turn into something far more dangerous.
Posted by Arthur Sido at 1:36 PM