The Biggest Story Not Told In 2020

There was more “news” coverage in 2020 that any year I can remember. Most of it was bullshit of course, primarily the news surrounding three topics:

1. The Chinese manufactured bioweapon coronavirus “pandemic” that dominated the news most of the year.
2. Non-stop Orange Man Bad coverage
3. “Police brutality” which included any incident where police did anything but wash the feet of a black criminal, which included the elevation of piece of shit career criminals like George Floyd, Ahmaud Arbery, Jacob Blake and Rashard Brooks to the status of martyrs.
The media got a huge wrapped gift with a bow on top thanks to Trump and coronavirus. With trust and relevance both at rock bottom lows for the media, 2020 provided them with a new life. It also provided them with the excuse they needed to stop even pretending to be impartial in any sense. Like a grotesque mutant butterfly, the media emerged from their cocoon reborn as the mouthpiece of the America Left.
The media was not manipulating the American people just by what they did show, carefully edited clips to inflame racial tensions and the censoring of any divergent opinion about the coronavirus but also by what they didn’t cover.
The biggest news story of 2020 studiously ignored by the media?
A major spike in gun violence, mostly concentrated in the black community.
This is a clumsy cut and paste job on my part and you need to click it to enlarge the picture… 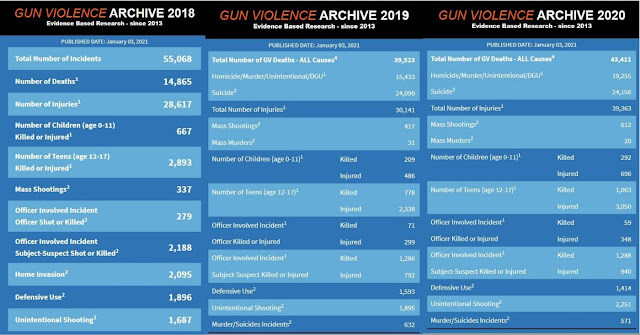 …..but here are the big takeaways from 2020:
1. The total number of murders in the U.S. was up by a lot. From 15,433 murders committed with firearms in 2019 to 19,255 in 2020 was an increase of almost 25%.
2020 saw a 25% increase in the number of murders involving firearms
That is an enormous increase and it got very little attention.
2. The number of mass shootings, which get wall to wall coverage when the shooter is the rare White male, went from 337 in 2018 to 417 in 2019 to 612 in 2020, a one year increase of almost 50%.
2020 saw an increase in mass shootings of nearly 50%.
But again, very little coverage.
3. Virtually every city in America saw massive increases in shootings and murders, some hitting all time records while others simply continued the typical annual slaughter.
Chicago recorded 4,174 shootings in 2020 and 792 total homicides, 719 from gunfire. From HeyJackass, we see this is a significant increase across the board. 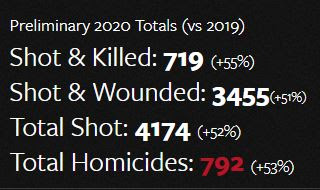 Again, major increases over 2019 but the total homicide tally was a little shy of the 2016 record of 808.
As we would expect, these shootings were overwhelmingly concentrated in the black community with nearly 80% of victims being black in a city where blacks are around 33% of the population. 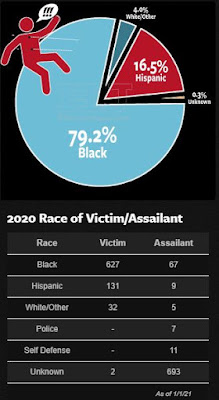 As you can see, while there is great data on the race of victims, there isn’t so much on the race of the shooters so it stands to reason that very, very few of these homicides and shootings are ever solved but we can assume that at least a similar percentage of shooters are black, or around 80%. If anything that percentage might be low.
Steve Sailer put together a nice listing of news stories that show how much of an increase we have seen in shootings and murders in American cities, here are a handful of “highlights”.
The city of brotherly love has a funny way of showing it…. 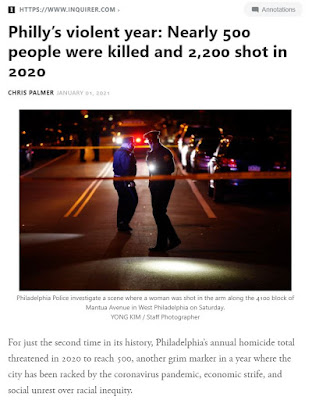 In St. Louis, a half century high (not sure what the chick “pastor” picture has to do with it)…. 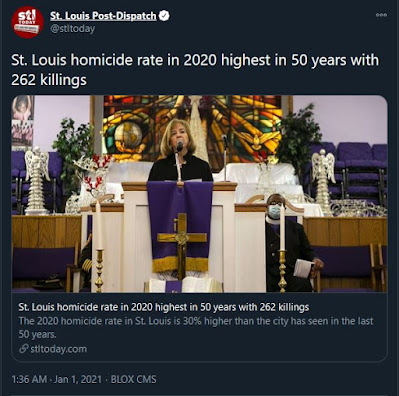 Another record in Missouri, this time in Kansas City of all places….. 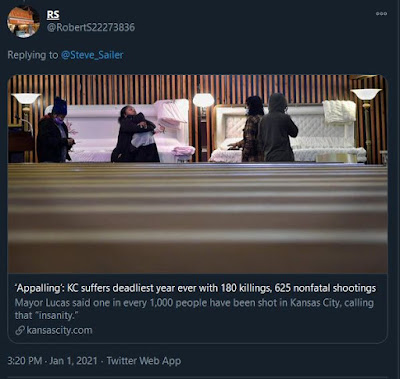 In Memphis, a new record. Congrats!…. 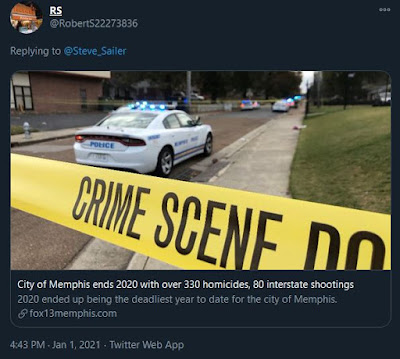 A record in Milwaukee as well…. 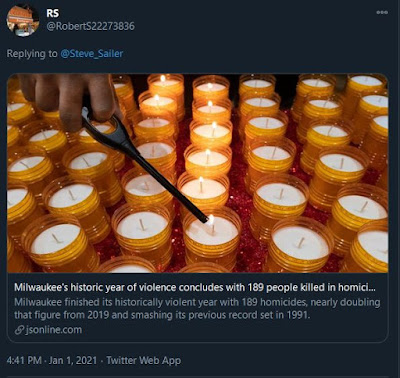 Our state capitol Indianapolis had a rough year. 245 homicides in what is generally considered to be a nice city, an increase of 43%…. 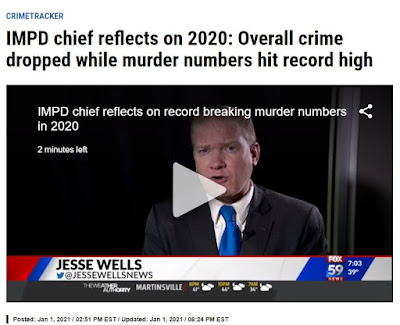 In our nation’s capitol, a 15 year high… 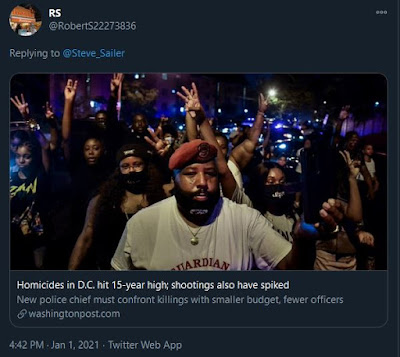