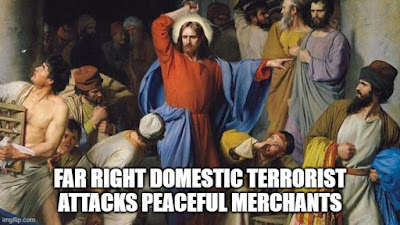 Assuming that he isn’t removed from office in the next twelve days, and based on how hard he is cucking he won’t be, Trump is going to be gone in less than two weeks and Dementia Joe will be “President”. The same media that was having near-orgasmic reactions when blacks and antifa were burning cities, looting stores, trying to destroy Federal office buildings, occupying the Wisconsin State House, storming and occupying the Senate during the Kanavanugh hearings, trying to claw down the doors of the Supreme Court is now clutching their collective pearls and heading for the fainting couch over a couple of broken windows and a murdered Air Force vet. On the bright side, the woman the Capitol cops shot and killed was White and of the wrong political persuasion so there won’t be any repercussions and no one will burn any cities down.