I Wouldn’t Say I Missed It

Yesterday was one of those days when things went haywire, in a good way though. I was off and on busy with work from around 6 AM to about 11 PM and in-between we were chopping up another monstrous steer that we slaughtered a couple of weeks ago. The temperatures have been perfect for hanging a carcass and now we have a bunch of beef on top of the beef we already had. 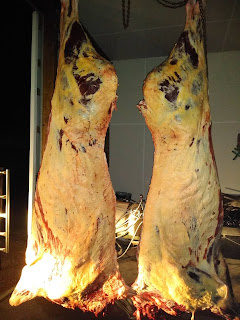 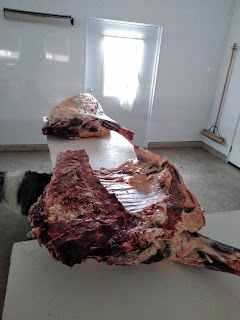 Because I was so busy yesterday, I wasn’t on social media at all. It helped that I was in the Facebook gulag for 24 hours. Apparently e-whores with bogus accounts trolling for lonely men can send out limitless friend requests with Faceberg’s blessings but if I point out that the person in question is a whore, I get locked up in the gulag.
Anyway, being away from social media all day turned out to be great because it saved me from the obligatory MLK day posts celebrating an Marxist serial adulterer.

I expect those grotesque displays from liberal Whites but you would think that so-called conservatives would know better. You would be wrong. Martin Luther King Day is the highest holy day of obligation in the White guilt calendar.
Even though King, as a real person rather than the heavily edited image we are supposed to worship, represented nothing that conservatives are supposed to value, being a Marxist, a liar and plagiarist and at best a serial adulterer, we are treated annually to the sickening oblations to King.
Something else I posted on Twitter 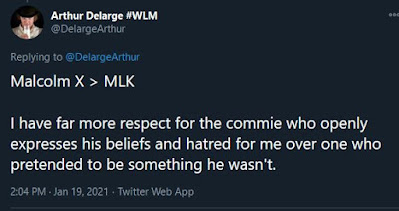 I am sure Malcolm X would have hated me but at least he would have been honest about it. He represented a raw but authentic version of black power driven by Marxism, unlike King who soft sold the same thing but with a gentler tone to trick people into thinking he wasn’t a threat. I always prefer my enemies confront me to my face rather than stabbing me in the back. I think it would have been fascinating to talk to Malcolm X, but useless and irritating to talk to “Dr.” King.
In a lot of ways I am looking forward to eventually being banned from all forms of social media. All too often I find that those who are supposed to be fighting on my side really don’t have their hearts in the fight and don’t even understand what they are fighting for nor what they are fighting against.