How To Guarantee I Won't Buy A Product

This must be a new thing at Amazon, I was looking at an item for an Amish lady and noticed this part of the way down the page: 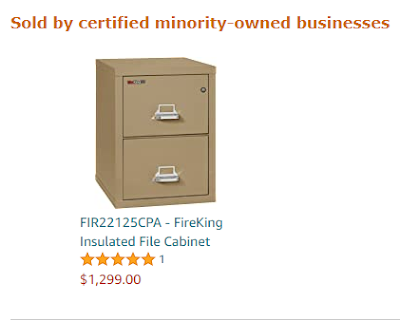 How long until they start adding a reparations surcharge to items? What exactly makes it "minority-owned" anyway? I am a White male and since White people are about 60% of the population and men are less than 50% of the population, I am a minority as we are only about 30% of the population as a whole. I demand to be recognized as a minority-owned business!
This is going to be life in former Vice-President* Joe Biden's America, at least until the whole thing collapses.
(Since the election was stolen and Biden is not a legitimately elected President, I will refer to him henceforth only as former Vice-President Biden, or Joe, or Creepy Joe, or Pedo-Joe, or Beijing-Biden but never as "President")
Posted by Arthur Sido at 1:33 PM