GME And Our Rigged Economic System

Everyone and their brother is weighing in on the Gamestop thing so I might as well too. Having 20 years in financial services under my belt, being a registered representative and all that might give me a stronger basis to offer an opinion but my concern isn't really about what happened specifically. Sure I might ask some questions like:
Why are you allowed to sell something you don't own with the promise of replacing what you didn't own in the first place later on? How does that serve the economy and general good of the investing public?
However I know better than to ask questions like that. The system is rigged and not in favor of regular investors.
Having an equity position in a company, aka owning stock, is a perfectly legitimate means for investors to seek a profit on their investment and for businesses to attract capital. Moving from borrowing from banks to offering shares of stock to raise capital is a significant step for many businesses. It is a sign of a stable and growing economy when businesses can raise capital via equity offerings versus borrowing money and paying interest.
That isn't what was going on with Gamestop and it isn't where the real money is on Wall Street. Rather the idea of short selling is just one of a myriad of means of financial chicanery that I can barely begin to understand even after spending many years working in financial services.
There is a entire industry that is engaged in nothing other than finding ways to manipulate complex financial instruments that the average investors doesn't even know about, much less have access to, an industry that adds nothing to our society and exists only to make the already filthy rich even more filthy rich. It is a closed system that requires access and enormous capital to enter. Many people don't understand that there is a cabal of people who have access to that capital and the right social circles to get into the "business" of financial manipulation. That is the real benefit of attending an Ivy League or other elite school like Stanford. It is not the quality of education or the superior student body, instead it is found in the connections you make. If you go to the University of Iowa, you are unlikely to meet many people from the elite strata of society but if you go to Yale or Princeton? You will rub elbows with the children of privilege in America, the sons and daughters of politicians, business magnates, heirs to generational fortunes. Kids who went to the elite prep schools and who are destined for great wealth whether or not they are possessed of great talent or drive (see: Biden, Hunter).
While your children and my children enter the world with minor advantages depending on whether you read to them as a kid or if you invested extra time in teaching them a trade, they are not going to enter the world inhabited by the hedge fund managers. There are distinct and intentionally separate paths for people from mid-sized cities in the south and Midwest versus those who grow up in elite neighborhoods. Our kids might grow up to be successful, doctors and engineers and business owners, but their wealth will be hard earned and measured in the hundreds of thousands of dollars, not millions or billions.
As an example, check out this guy: Marc Mezvinsky 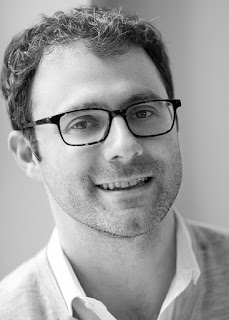 You probably don't recognize his name but you should.
Marc is a Jewish financial schemer, the son of two former Jewish Democratic members of the House of Representatives. He started a hedge fund, worked at a few other financial manipulators and is now a managing partner for TPG Capital.
Well so what?
Here is the so what, this is Marc Mezvinsky with his wife: 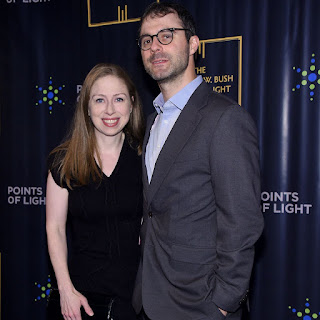 The whole system works fine as long as most people are blissfully unaware of what is going on and the people who have figured out how to game the system for themselves keep making money. We get to put a little money in our 401(k) and IRA and make a little return while they get to manipulate and often outright cheat the system and make a fortune.
When it doesn't work like they think it should? There will be repercussions. Not today, not tomorrow, but you can be sure that the industry that has all of the lawmakers in America on speed dial won't take an insult and public embarrassment like Gamestop without retaliation. There will be quiet regulations put into place to make sure small investors don't overstep their boundaries, and perhaps even some restitution to Melvin Capital of some sort. It was hilarious but it won't be allowed to keep happening. Wall Street doesn't bankroll Senate Majority Leader Chuck Schumer so they can be made to look like fools.
The Boston-NYC-D.C. corridor takes care of their own.
America functions with a two tiered economic system. One is for most of us and has speed bumps and hard ceilings that keep us in place. The other runs on schemes and monetizing the economy and has barriers to entry that keep out all but the most well connected. Trump, the brash billionaire, somewhat ironically represented the first economy while "Lunch-pail Joe"/ Beijing Biden represents the second. Everything the paid cronies of the second economy focus on is designed for keeping people in the first economy in their place and where possible shoving them further down, mashing into one the lower and middle class. This is the impetus behind the Great Reset, eliminating upward mobility and pushing down on the working and middle class. It doesn't matter what the numbers on your paycheck say, what matters is what your buying power really is and the gap between you and the elites. That gap is growing every day and the growth in that gap is accelerating and will only increase in speed as former Vice-President Biden signs executive orders and laws that will harm the bulk of America to enrich the elite.
Maybe someday the dyed in the wool NormieCons and the commie wannabes in antifa will figure out that the system is rigged and now that Trump is gone almost no one is speaking out for them. The Powers That Be are relying on the majority of Americans to never figure this out until it is too late.
The system doesn't work for you.
The people who designed the system wanted it that way,
This will never change unless a populist revolt forces a change.
The banksters, D.C. mandarin class, technocrat oligarchs and assorted other elites have the money and the power of the state and every other institution on their side.
We have tens of millions of people and hundreds of millions of guns.
We are going to find out soon if that will be enough.
Posted by Arthur Sido at 12:09 PM