A Beginning, Small To Be Sure, But A Beginning Nonetheless

Oh, did you think that the date on the calendar changing from 2020 to 2021 would suddenly make the insanity stop?

Sucker.
Things are going to get a whole lot crazier in 2021.
We all saw the footage yesterday, the short videos and pictures of people who have been pushed just a little too far. We also saw that when faced with upset Americans, our political leaders and their toadies scurried away in tunnels like rats. The terror they have for the American people is delicious.

I wrote in The Great Reset: Why Bother? that one of the main drivers behind this attempt to “reset” the global economy, government and culture is abject terror:
Since the French Revolution, the elites have been terrified of the peasants. It is pretty easy to control peasants one at a time using the power of the state. But when you have millions of them? That is a road that leads to guillotines.
Six billion angry people with starving kids are going to look for someone to blame. You can deflect it a little but pretty soon the people with the mansions and private jets are going to get noticed. When the peasants aren’t reliant on makeshift weapons like pitchforks but instead are already armed with over 400 million firearms? That makes it a million times more frightening.
You could see that on display yesterday. What is mostly ignored by the media is that by the standards of storming a building, what happened yesterday was incredibly peaceful. Unlike the “fiery but mostly peaceful protests” of the summer of 2020, the “storming of the Capitol” was actually pretty uneventful and the total of property damage was negligible. My super hot take on Twitter yesterday…. 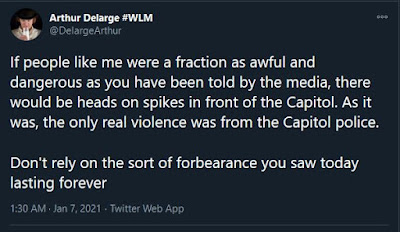 For ultra-violent far-right extremist domestic terrorists, the people in the Capitol yesterday were incredibly restrained. Imagine if Trump had been re-elected and antifa/bLM had managed to storm the White House. Do you think they would have shown restraint? Hell no, they would have destroyed priceless artifacts and historical items. They would have ripped down curtains, smashed all the windows, who knows what else. Trannies would have put on Melania’s underpants and paraded around. When regular Americans stormed into the Capitol building of our own nation? Pretty mild all things considered. No one was really in danger, if a thousand people were out to hurt someone they would have but Nancy Pelosi’s Botox infused wizened little head is still on her wrinkly torso instead of adorning the outside of the Capitol building on a spike.
We also had the amusing distraction of pointing out to bimbos like AOC that they said just last month that protesting is supposed to make you uncomfortable. I wonder if she was uncomfortable yesterday? 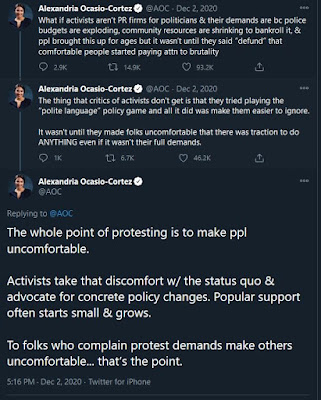 Yesterday also exposed more of the people who are really working against us. Erick Erickson used to pretend to be “conservative” but yesterday was calling for the Capitol police to gun down the protesters.

Twitter to it’s credit did remove this tweet but his account is still active.
Other “conservatives” were screeching about violating the sacred space of the Capitol, the same spaces that Congress uses daily to trample our liberties, infringe on our rights and steal from us. Nothing the protesters did yesterday compares to the daily defilement and desecration committed by the members of Congress.
Several political “leaders” like my useless Senator Mike Braun used the “violence” as a pretext to cuck yet again….
Braun a few days ago…. 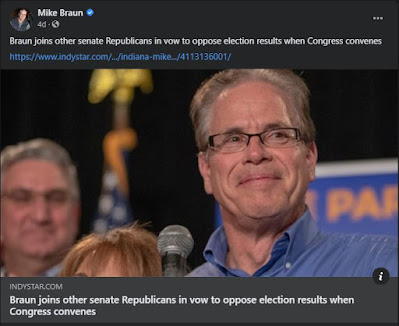 But quick as Joe Biden forgetting what century it is, Braun flipped…. 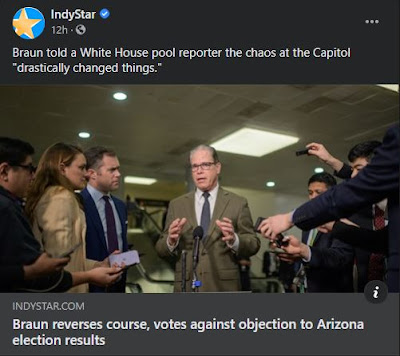 Hey Mike. First that comb-over ain’t fooling anyone. Second, if you really thought the election was fraudulent or at least deserving of a formal investigation, what exactly changed? A small crowd of protesters scaring some politicians doesn’t have anything to do with the issue at hand. Clearly your initial decision to contest the results was just a crass political calculation and you never believed it at all, now you are using the “violence” as a reason to stand aside and do nothing. It turns out that is what you are really best at.
You can tell a lot about someone from their reactions. I think Kent State gun girl Kaitlin Bennett had one of the better takes…

“Conservatives” who took this opportunity to lecture us on optics and the moral high ground are exposed as grifters. A damn election was likely stolen through fraud and either way this country has been destroyed via mass migration and demographic tides and these people are worried about how it might look if we don’t behave ourselves.
What has worrying about optics done for us? What has following a set of rules dictated to us by our enemies, a set of rules they flaunt while laughing at us done for us? What it has done is brought us to the brink of annihilation.
Fuck your optics.
Fuck your moral high ground.
Fuck being principled.
Fuck being gracious losers.
There is no room for grace and charity when losing means dying.
At my age, rapidly heading for the exit of my 40s, I could probably ride this out. I could shut my mouth, wear my mask, take the “vaccine”, turn in my guns, pay my taxes, eat the bugs or whatever else they tell me to eat, in general keep my head down and survive to die at a ripe old age.
That would be “safe” and that would be easy.
Fuck that.
I have children. I hope to someday have grandchildren. I have extended family, friends and neighbors and they also have children. They deserve more than me worrying about saving my own skin and leaving them to pay the bill.
No more being “safe” and complying, going along to get along, trusting the system, coloring within the lines. We have nothing to lose.
When people have nothing to lose and you have taken away any avenue but violence?
Well, guess what you get.
From small embers a great conflagration might burn.