It is my practice after posting something on my blog to then share that post on social media. With the advent of new outlets, I normally post my material on Twitter and Facebook, Gab of course as well as on Parler and MeWe. The primary reason I have social media accounts in the first place is to read what other like-minded people are posting and to post my own stuff.

Today I posted something and hopped over to Facebook and discovered a notice saying that some of my posts were removed, four of them from Sunday. I looked at my feed and it turns out all of my posts linking back to this blog were removed. There is no recourse, they are just gone.
So I tried to post my most recent entry and it turns out that my website has been completely banned from being linked on Facebook because it is “spam”. This is what I see when I try to post anything from this domain. 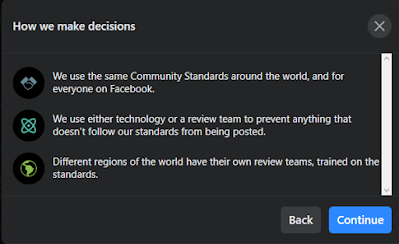 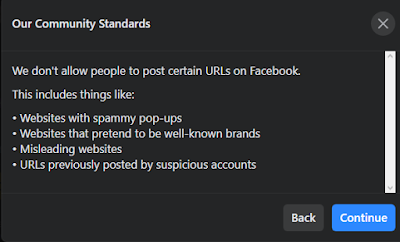 I know for certain that there are tons of obviously fake accounts that I report and invariably Facebook doesn’t do anything about them, including pages that pretend to be from gun manufacturers and are phishing for personal data. No action from Facebook on those. But my personal blog, written only by me and with no ads or affiliate links of any sort, is somehow spam and is blacklisted from being linked to on Facebook. Apparently some leftie, likely a lispy little soyboy or a grotesquely obese lesbian with multicolored hair reported every link on my Facebook profile and then a lispy little soyboy or a grotesquely obese lesbian with multicolored hair who works as a censor for Facebook pushed a button and banned my domain.
That blacklisting puts me in exalted company like VDare and American Renaissance so I wear it with pride. I also was just off of my latest suspension from Youtube, re-uploaded a video from American Renaissance and that was nuked and I got a new, 2nd community strike in less than an hour after I posted it. Apparently I am upsetting the right sort of people but it also means that alternate social media is critical going forward.
Four years of his supporters and voters being censored and Trump has yet to do anything about it. When he is gone in a few weeks, no one in D.C. will even pretend to care about us. Fortunately Trump is doing important stuff in his last few weeks. No, not reining in the out of control ATF. Nope, he is issuing executive orders that 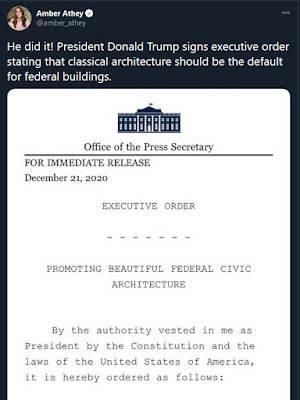 Wow, an executive order mandating that the type of architecture for future Federal buildings be “classical”! Stunning and brave, based and red-pilled! That will show them lib’rals! I am sure that the people running the Federal government won’t just ignore this and laugh it off like they have been doing with everything Trump tried to do the last four years.
We can’t rely on someone coming to save us. We can’t just “trust the plan”. We can’t keep pretending that there is a political solution if only we tweak our message. We can’t rely on enemy controlled social media to get our message out.
No one is coming. We are on our own.