Dissenting Views Will Not Be Tolerated

Youtube just announced that you aren't allowed to discuss voting irregularities on their platform starting today: 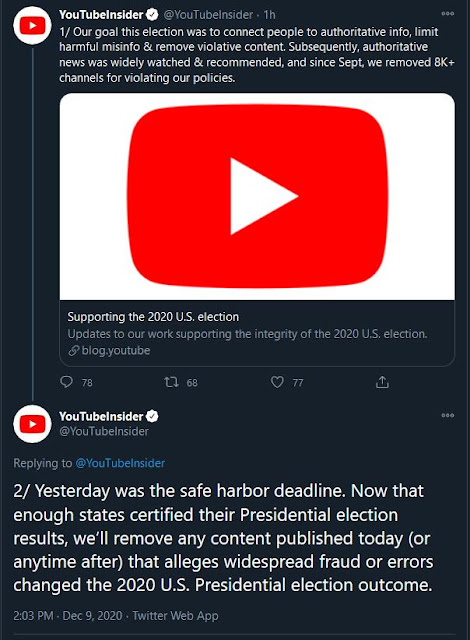 In case you were wondering, you won't find a similar announcement from Youtube at any time declaring that videos pushing the Russian collusion hoax would be banned. Nope, you just aren't allowed to even allege that there was something fishy going on in the last election.
This is going to be a major theme in 2021: Big Tech being subcontracted into doing the censorship that the government can't do. You can be sure that pretty soon they will ban, as will Facebook and Twitter, anyone who doubts the coronavirus narrative or suggests that the "vaccine" is more dangerous than the disease. Crime statistics that mention race? Gone as well. Noticing that Biden has lost his marbles and is drooling on his tie during press conferences? Banned.
With a patsy in the White House, Big Tech is going to shut down all dissent. You can bank on that. Real life contacts and community are going to be critical. We have all been talking about this but it is time to stop talking and start doing.
The kraken is gone and you will get banned from even talking about it. The fraudulent 2020 election is going down the memory hole. 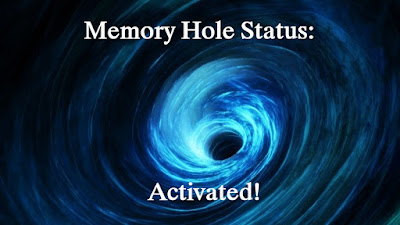