Well if the Big Igloo kicks off, at least we will have plenty of beef to eat... 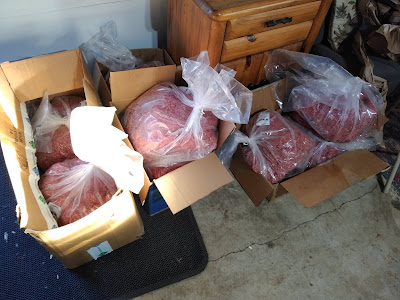 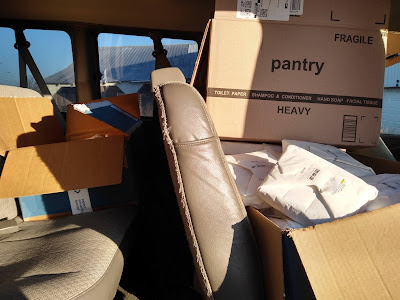 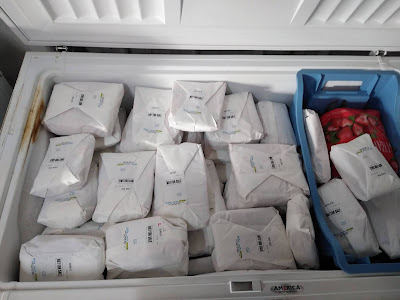 That steer was 950 pounds hanging (sans blood and guts), so he was probably close to 1500-1600 pounds before he was butchered. He was a biggun. We actually ended up having to get another small chest freezer because we ran out of room for the hamburger, which was at least 200 pounds.
There is something pretty satisfying in getting an animal as a small calf, raising it up and then turning your work into a couple of chest freezers full of beef. We actually have his buddy, a slightly smaller steer who is still probably 1200 who needs to get butchered but we don't have room for him in the freezer right now.
Having your own supply of food, even if it is just a couple of chickens for fresh eggs, is a pretty significant step and a act of defiance. No thanks, you can keep your soy-burgers and cricket "meat". I'll eat home raised beef.
Posted by Arthur Sido at 7:25 PM