Should Joe Biden prevail, whether he realizes he "won" or not, there are a lot of changes coming that the Left has been pushing for. One of the most critical in their plan is to ramp up prosecution of "hate crimes" and censoring free speech using their corporate partners to circumvent the First Amendment. Biden has promised to aggressively prosecute "hate crimes" and one of the more dangerous items his puppet-masters slipped into his gun control plans was closing the "hate crime loophole". Of course there is no such thing as a "hate crime loophole" but as I detailed in my post The Future Of Gun Ownership (Or Lack Thereof), that doesn't matter because at the core all "hate crime" laws are really designed to suppress free speech and expression. From that post:
Close the “hate crime loophole.”
Biden will enact legislation prohibiting an individual “who has been convicted of a misdemeanor hate crime, or received an enhanced sentence for a misdemeanor because of hate or bias in its commission” from purchasing or possessing a firearm.
This is an important one. A misdemeanor is not enough to keep you from buying a firearm today unless it is a domestic violence misdemeanor. Now committing a "hate crime", which is an inherently vague and generally impossible to prove charge, can prevent you from purchasing or possessing a firearm. Given the incredibly high percentage of reported "hate crimes" that turn out to be hoaxes, this is a dangerous proposal and it tramples all over the 1st and 4th Amendments. Under Biden, "hate crime" legislation will certainly be widely expanded, meaning that all sorts of behavior that is not criminal for any reason other than what is supposed to be protected political speech will be enough to prevent you from owning a firearm. All "hate crime" legislation is designed to squash political free speech. Period.
In a Biden administration, free expression will be throttled more than it is now. With that in mind, a lot of people are moving to other social media platforms where they can express themselves without getting thrown in the social media gulag. One platform, Parler, was so swamped yesterday you couldn't create a new account, rumor has it they had at least half a million new subscribers signing up. I was able to get set-up this morning before 6 AM but I have no idea what it is like now.
So for those who are interested, here are my alternative social media contacts: 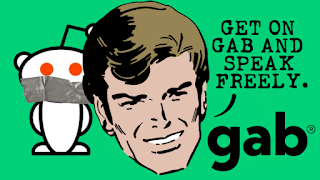 Gab
I have been on Gab since 2017. It can be a little raw and rough but that might also be because of the circles I run in. Andrew Torba has been a trailblazer in alternate social media and has been repeatedly attacked for it. Gab is the original and the best, you should at a minimum have an account there.
Parler
This is brand new for me, sort of a Twitter clone. Not really comfortable using it yet, needs more time.
MeWe
Also new for me, it has more of a Facebook feel. 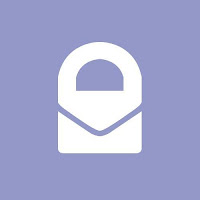 Proton Mail
An encrypted, free email service. I use it for several of my small businesses, and I might be moving completely over for my personal email as well. Yahoo and Gmail are owned by corporations that hate you.
I also have accounts on Slug and Minds, I don't use them very often.
You would be well advised to start accounts on multiple platforms, especially Gab who has been at it longer than the rest. It would also be smart to start taking other steps, like getting a VPN set up on your devices you access the internet with, using DuckDuckGo for your search engine, picking a browser other than Microsoft Edge or Google Chrome (I use Opera and Gab's Dissenter a lot) and consider using the Tor browser for added security.
Online anonymity is a powerful tool, one that I might need to make use of again soon.
Nothing is fool-proof but there is no need to make it easier for them.
Start migrating now instead of waiting to get banned so you can encourage your social media friends/followers to come with you.
The purge is coming, you have been warned. 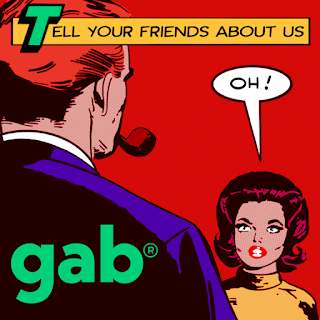