Come See The Violence Inherent In The System 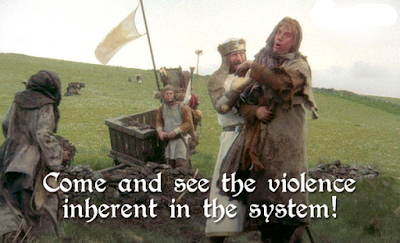 Human beings by nature tend to be stubborn and contrary, and people of European descent are especially so. When you talk about Americans, general cussedness is part of our heritage. We had a revolution because of a small tax on tea, then we had a civil war where we killed more of each other than the number of Americans that died in any other war. Our governing document has built right into it the right for Americans to be critical of their government, show up to bitch at them if we are unhappy and reserving the right to arm ourselves if we decide to depose that government.
That is a problem for people who want to rule over us without our consent. They know it and have been at work for decades to eliminate this "problem".
The main tactic has been replacement, discouraging heritage Americans from having children via abortion and birth control, and creating the mindset of children as an expense to be avoided. At the same time, the system subsidizes poor decision making from non-Whites who are disproportionately likely to have large families that are dependent on the government. The most insidious means involves mass migration from the Third World coupled with the ridiculous concept of "birthright citizenship" where any women that manages to get inside the borders of the United States can give birth to a child that automatically becomes "American" by virtue of being delivered in the U.S. The net result of this plot is that at a minimum the 2020 election will be the last in American history where the historic American people descended from European ancestors will be the majority of the eligible voting population.
Secondary strategies have been a steady undermining of the right to free speech, creating chokepoints in the public discourse via a handful of social media companies holding de facto monopolies on political speech along with a never ending assault on the right to self-defense via enacting "gun control" laws which are a centerpiece of the "Biden" plan.
Still, the problem remains: European descended people and especially Americans are stubbornly resistant to being told what to do. Why did the Communists in the Soviet Union and Eastern Europe have to viciously repress the people living in a worker's paradise and keep them locked up behind barbed wire? Because that was the only way to keep them under control.
Violence and terror are integral to Communism and the signaling is already loud and clear that the Left is not only considering using political violence to get their way, but are eagerly anticipating it.
Some of the latest rumblings of violence. Let's start with the most absurd. 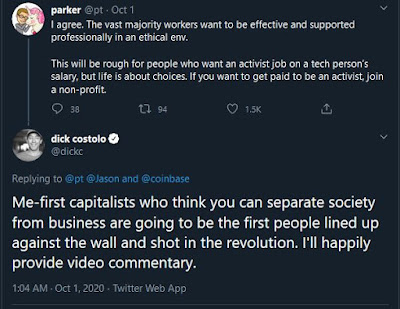 This guy thinks he is going to be the official videographer for the Revolution. Who is Dick Costolo? Oh, he is some tech oligarch, the former CEO of Twitter. Here is a picture of this wannabe revolutionary: 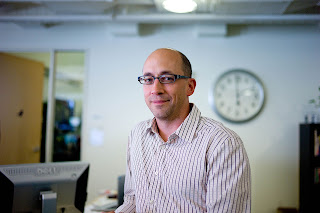 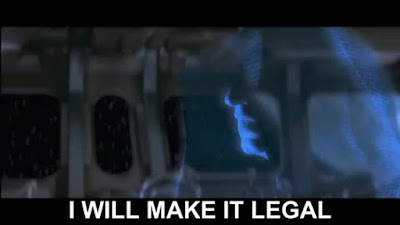 The Left is full of upper middle aged, childless wine aunties declaring themselves ready to take up arms against the "Nazis" and soft little soyboys like Dick Costolo who think that being a "woke" hundreds of millionaire will save them from the mobs. It is also full of angry people who think that the world owes them a six figure salary because of their B.A. in Gender Studies and the humiliation of being a barista fills them with rage. Those are the dangerous ones. Individually they are pussies, like Peter Alvaro the faggy looking Assistant Professor at UC- Santa Cruz who tweeted in 2019 that all he wanted for his birthday was White genocide. What Peter really wants for his birthday probably involves some sort of degenerate sexual act but anyway he isn't going to be taking up arms. The people who listen to him? Those are the wannabe Commies who break windows and push over garbage cans but even those types can be dangerous in large groups. Their already seething anger at being losers in the game of life is inflamed by the media pushing the "White supremacist" narrative and endlessly treating every encounter with police and black men as some sort of racist oppression.
Don't make the mistake of thinking this is just another election. They don't. We are not going to cast our votes and then sit down to watch the results and go to bed knowing who will be President next year.
The Leftists are not going to accept an election result they don't like, not this time. These nuts have been melting down since Trump won in 2016 and a second Trump win is already promising widespread violence in response. Like people in Jonestown, they know what is coming but they are so mentally committed to the cause that they will tip up the cup and drink the Kool-Aid. The same people who screech about "assault weapons" and roving bands of "White supremacists" are also talking about open warfare and they have to know that isn't going to go well, not for them or for anyone.
It doesn't matter because Orange Man Bad. When your entire existence is invested in Trump being the Devil incarnate, it is impossible to pull back from the brink. They are going over the edge and taking the country with them, even as they must know that the people they claim to care so much about (black, mestizos, women, homosexuals) are likely to suffer the most, just as they do now. Those evil rednecks out where I live? We will be mostly fine but people living in the cities, who tend to be Democrats, are going to suffer and bleed.
They don't care. Even if it costs millions of lives, if they think it will rid the world of the stain of Orange Man it will be worth it. Their system is based on violence and terror and it cannot exist without it. Gulags and mounds of skulls are not a bug in their system, they are a feature.
Posted by Arthur Sido at 10:38 AM