Apparently the NAACP is trying to show solidarity with Ilhan Omar, who infamously dismissed the terror attacks on 9/11 by describing the events of that day that are seared into the memory of most Americans as: “Some people did something”. I don't blame her really, the people who died were mostly Americans and Somali Ilhan Omar hates all of us. Why should a Muslim who wants to turn America into Somalia care about some Americans dying at the hands of her fellow Muslims? She is an enemy propagandist being permitted to live here for some inexplicable reason. But then the NAACP decides to tweet this on September 11th.. 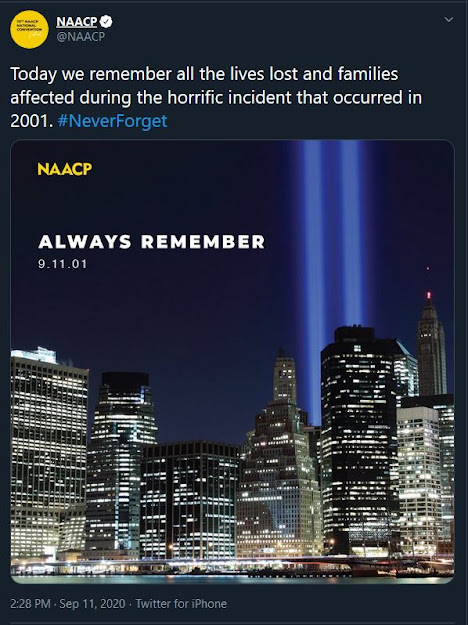 For the record, I took this screenshot myself. It is unaltered from the verified NAACP twitter account. 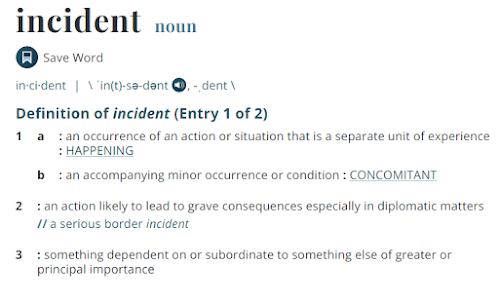 Most people consider an "incident" to be something fairly minor like a streaker at a baseball game or President Bush puking on the Japanese Prime Minister. An attack on the United States that killed 3000 people and changed the course of world history for the next decade?
That wasn't an incident. Not even a horrific one.
I am not sure what the NAACP was thinking with the wording they chose. We will see if they stand by this tweet or back down but it speaks volumes to how much they despise America when they dismiss the most significant attack on American soil since Pearl Harbor as an incident.
Posted by Arthur Sido at 3:41 PM