Two news items occurred yesterday in Louisville, Kentucky that warranted notice. One made national headlines and led to riots across the country, one was completely ignored. One was based in the usual lies and misleading rhetoric, one was based in inconvenient facts.
The first one you have certainly heard of because every politician, athlete and entertainment figure in America weighed in on the topic. That was the decision by a grand jury in Kentucky to not indict any of the three officers involved in the fatal shooting of Breonna Taylor for her death, although one was charged for reckless endangerment for shooting into a neighboring apartment.
As is typical in these sort of media and internet driven frenzies, the true story is drastically different from the narrative being pushed. At a minimum Breonna Taylor was shacked up with a loser, a drug dealer with a long criminal career, and more likely she was aiding and abetting him by handling his finances. The police didn't just kick down the door, they knocked and announced their presence. Her boyfriend starting shooting first, through the door at the officers, one of whom was wounded. Naturally they returned fire and this resulted in her death.
Her killing was unfortunate but as I constantly reiterate, almost all of the shootings of blacks by cops could be easily avoided by staying out of trouble and away from people who cause trouble, in this case Taylor's drug dealer boyfriend. I assume she knew he was a drug dealer, most girlfriends know what their boyfriend does for a living and he is on record saying she helped him with his "finances" and it also sounds like her involvement was far deeper than depositing money at the bank. That doesn't mean she deserved to be killed but it did mean she was putting herself in a position to run afoul of the law. The police were executing a legal and valid search warrant when they were fired upon. While I would defend my family if someone was entering my house, I don't think I would shoot through the door at them.
None of that matters to bLM and their White communist supporters. The narrative is another "black body" been shot by the "racist" police so the obvious proper response is rioting and looting. They were primed and prepared to riot no matter what happened, short of the cops being dragged into the street and summarily executed. It went about as you would expect, rioting and looting, over 100 people arrested and two cops shot by this guy, Larynzo Johnson, who is 26 and now gets to spend a couple of decades in prison. 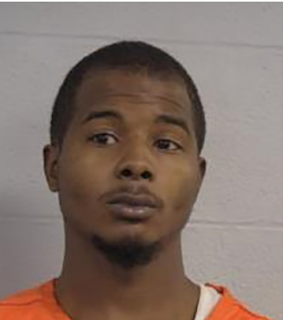 Another solid example of impulse control and thinking more than 5 seconds into the future before acting.
Odds are very good that the rioting will continue and intensify into the weekend. How many people will be shot and killed "protesting" a black woman being shot and killed because her idiot drug dealer boyfriend decided to shoot at cops?
Meanwhile, completely lost in the news cycle was this from the Louisville Courier-Journal:
122 homicides: The sobering numbers behind Louisville's deadly, record-breaking year.
Louisville hit a sobering milestone Saturday night as the city plowed past its 117th homicide of 2020, making it the deadliest year in the city's history....
....Louisville’s Black residents have been hit hardest in 2020, according to LMPD data, accounting for 71% of identified victims.
White people have accounted for 26% of deaths, according to coroner's office records of identified victims from over the course of the year, while three Hispanic people and two people of unknown race have been killed.
Louisville is about 22% black as of 2007, no idea if that has changed significantly, but anyway that means that blacks in the city are 2-3x disproportionately the victims of murder compared to their percentage of the population. Since most murder is intraracial and blacks are generally overrepresented as murderers, it is safe to assume that of the 71% of murders that had black victims, all of them were killed by other blacks.
Like most cities in America, the murder rate in Louisville is skyrocketing and blacks are bearing the brunt of the violence but black Lives Matter and their financial sponsors don't care. The media pushes and spins every black death at the hands of cops to make it seem common but barely can be bothered to cover a story when it is black on black, and even less so when it is black on White. Sport figures don't care when blacks kill blacks, nor do musicians or actors.
The very name of black Lives Matter is a lie. Everyone knows it but the media and politicians and celebrities still pretend like it is a serious movement concerned with black lives when in fact it is just a cover for Marxism.
If Breonna Taylor had been shot by a black man, perhaps a rival of her drug dealer boyfriend, no one would know her name. That is all you need to know about the lies of black Lives Matter.
Posted by Arthur Sido at 10:36 AM