In what has become a daily, sometimes hourly occurrence, the Left is losing their collective shit again because Trump is poised to name a successor to Ruth Bader Ginsburg. Also as is inevitable, there is a new faith affirming story to go along with this that has been added to the mythology of RBG, specifically that her dying wish was to not be replaced until a new President was installed. Riiiggghhhttt... 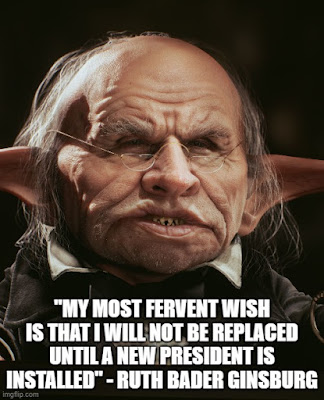 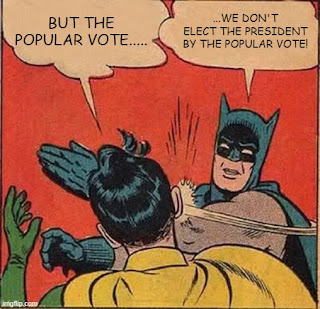 This kerfuffle is demonstrating once again that most Americas are as ignorant as an iguana about basic civics. Maybe they don't take civics in high school anymore? It doesn't matter how many "popular votes" Hillary got, what matters is that Trump received a majority in electoral college. HIllary's husband Bill only got 43% of the "popular vote" in 1992, 3% less than Trump in 2016, and less than 50% in 1996 but liberals don't think he shouldn't have been President.
The President has the right, obligation and duty to appoint Supreme Court justices when a vacancy occurs. The Senate has the right, obligation and duty to give or withhold consent.
All the rest of the static is just that, noise meant to obfuscate and try to whip up the liberal base.
Posted by Arthur Sido at 11:39 AM