In the endless series of mass shootings in America, every once in a while we see that rare bird, a White guy doing the shooting. When I see one, I like to report it because it is so rare and just to show that I don't cherry pick when I talk about mass shootings. So here goes from way down in Texas! 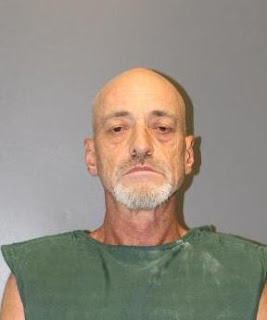 LCSO: Dispute over dogs may have led to mass shooting in Dayton that left three dead, two injured

Apparently Michael Wettstein was mad about dogs running loose in the area. Obviously the solution is to kill people.

Mr. Wettstein has had previous run-ins with the law and killed three people and wounded two others, along with at least one dog. More fun facts:

At the time of Wettstein’s arrest on Monday, he had drawn a swastika on his forehead and was armed with a shotgun and rifle that reportedly were used in the shootings.

Oh, OK. This guy isn't a whack-a-doodle or anything.

I'll go on a limb and assume that mental illness and/or substance abuse were somehow connected to this story.

Still it was a mass shooting and the shooter was White.
Posted by Arthur Sido at 1:30 PM