A 5 Year Old Boy Executed. Where Is The Media?

On Sunday afternoon, August 9th 2020, in Wilson, North Carolina, a 5 year old boy was playing outside of his home. A 25 year old man, apparently a neighbor, walked up to this 5 year old and shot him in the head, killing him in cold blood, before running back to his home. The boy's 7 and 8 year old sisters were also playing outside and watched their brother get murdered.

It is impossible to fathom this. There isn't a scenario that I can even imagine that would explain or justify this. Shooting someone in general is something none of us really wants to ever have to do but to shoot a 5 year old child while he is playing outside? That is simply monstrous.

What is really troubling is that the shooting has received almost no national coverage. While many local news outlets picked up the story, as of Tuesday it isn't on the front page or anywhere to be found on the website of Fox News or CNN. More on that in a moment.

Because this is 2020 and everything is worse this year, there is an added component to the story. The boy who was murdered in cold blood was named Cannon Hinnant and here is a picture of him. 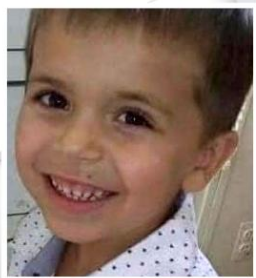 The man arrested for shooting him in broad daylight is named Darius Sessoms, and we have a picture of him as well, whether from this arrest or a previous is unclear. 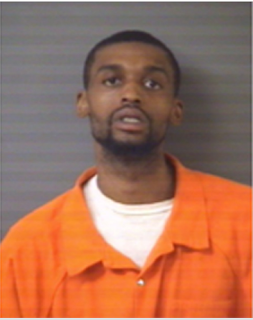 You can probably see the issue right away.

As stated earlier, this is getting little national news coverage from the big outlets. I searched for both Darius Sessoms and Cannon Hinnant at the websites of Fox and CNN and got nothing. I also did a search of their front page for the two names, also nothing.

This is probably tiresome to read for the millionth time but we can't just throw our hands up.

If a White man had walked up and shot a 5 year old black kid in the head while he was playing, it would be national news for weeks.

There would be endless press conferences, denunciations from political and entertainment figures, Congressional hearings and likely civil unrest. Even when a black is killed in a perfectly justified shooting like what happened recently in Chicago, it still leads to massive rioting and looting. Something like this? Cities would be burning.

There is no indication as of now that there is a racial component to this. It sounds like some sort of personal beef between the father and Darius Sessoms that led to the shooting. The police are being circumspect, as is expected but the news is reporting this:

No details about a possible motive for the shooting have been released, but police said the shooting wasn't random.

The double standard is blatant and it is also dangerous.

It is dangerous because many White people are coming to the conclusion that the statement "black Lives Matter" is tacitly saying "White lives don't matter". The national media doesn't care when a White child is gunned down by a black man but we know that a black child getting gunned down by a White man would be all over the news. A 5 year old executed in his own yard should be national news, regardless of the race of the child and shooter, and if a White man had shot a 5 year old black kid in the head, I would be at the head of the line to volunteer to return the favor and save the taxpayers the cost of a trial and incarceration.

If White people believe that their lives have no value and that there is a major double-standard when it comes to how interracial crime is reported and treated, that can only serve to inflame racial tension and resentment. It is already hard enough to watch the news and see an endless parade of black men in mugshots accompanying most murders or seeing videos of groups of blacks preying on solitary Whites or watching footage of blacks looting luxury goods stores.

Despite what you hear from the media and popular culture, White people are generally very passive in encountering blacks. As I keep pointing out, interracial violent crime is skewed heavily toward black on White, around 90% of the cases. White people rarely victimize blacks (and rarely doesn't mean never), especially considering that there are quadruple the number of White people as blacks in America.

People I encounter in the real world aren't saying it out loud but you can read between the lines. Terms like "riot" and "loot" are becoming synonymous with "black". It seems like the government and law enforcement are standing aside while blacks commit crimes and when those crimes are committed against Whites, the media looks the other way.

This is creating a combustible situation and we are past the point of largely defusing the problem by screeching "racist!". People just don't care like they used to thanks to words like "racism" and "White supremacy" being used indiscriminately. There is going to be a backlash, and that is precisely what the media wants. They don't really care about black lives and would love to see some White guy snap and gun down a group of black people. I might go so far as to say they are trying to create the conditions for this to happen. That might make for good press and keep lots of "journalists" busy but it could also get out of hand in a hurry.

Does noticing the disparity in criminal behavior and the matching disparity in how the media covers interracial violent crime make me a "racist"? I guess so based on the ridiculous standards and definitions we use today. For most of our history as a nation I wouldn't be considered a "racist" by sensible people, but in 2020 simply noticing patterns, no matter how overt, and speaking about them publicly gets you branded as a "racist". Fortunately I have stopped caring about name-calling.

As stories and incidents one after another gets ignored by the media but noticed by regular Americans, it keeps increasing the temperature and we are near a boiling point. We might already be past the point where we can stand this thing down.

If people don't feel like they are treated equally, they become resentful and resentment can turn into hatred in a hurry. We see this on display in black communities already and if the same becomes common in the White community, things are going to get spicy and the media will bear much of the blame.
Posted by Arthur Sido at 11:09 AM