A more or less official black Lives Matter Instagram account posted the following statistics to "prove" that stereotypes about blacks are incorrect. 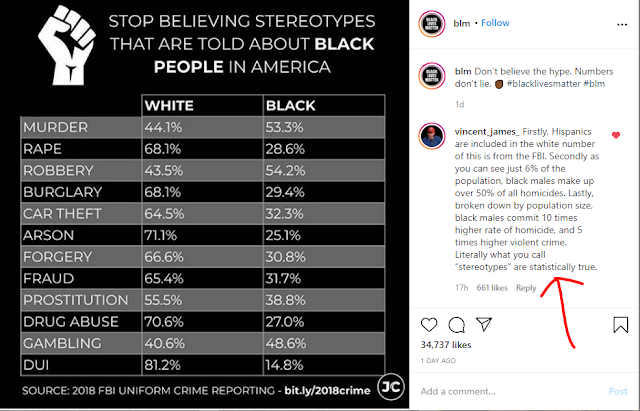 As Vincent James, of Red Elephants fame, points out in his comment, these statistics lump Hispanics in with White people to inflate the numbers of White people committing crimes.

The more important point is that blacks are around 13% of the U.S. population so per capita in every single category listed blacks are wildly over-represented. In some, especially murder, like quadruple their percentage of the population.

Do the 34,000 people who liked this post understand what it is actually saying?
Posted by Arthur Sido at 1:53 PM