Preparing For Pandemic Part Deux: Revenge Of The Rona

If anything is certain in July of 2020, the most unsettled and uncertain time period of my life, it is that we haven't seen the end of the Chinese coronavirus pandemic.

In mid July it is hot and sunny, and although a lot of retailers are suddenly mandating masks for all shoppers nationwide, the coronavirus is now more of an annoyance to most people than an existential threat. Millions are soaking up the enhanced unemployment checks with no interest in going back to work. Things are pretty calm, the riots have died down as people realized they didn't even know what they were rioting about. People are going to the beach and the fair, at least when our diverse "teens" aren't shooting at each other.

That isn't going to last.

As the weather gets cooler, it seems likely that the coronavirus will pick up steam again and we are no closer to a "vaccine" than we were in January from what I can tell. Kids are about to go back to school and that is going to get the whole thing going again. Not to mention the media's endless obsession with a daily tally of "new cases" and "new deaths", statistics I trust as much as lukewarm meat on a stick at a Chinese buffet. The media has a vested interest in amping up the pandemic talk and blaming Trump for his response/lack of response/not wearing a mask/wearing a mask, whatever. We are not near the end of the pandemic, we are just in the early stages.

There is also an outside chance of the coronavirus significantly mutating or something completely new escaping from a Chinese bioweapons lab appearing completely by chance in the wild. Then all bets are off.

The other issue is that despite the Democrats trying to deflect your attention from having a demented old man as their nominee, we are soon going to have a Presidential election. Either Trump wins, against all the odds, and the Left will riot, or Trump loses, and the Left will riot. There really isn't a scenario where the Left isn't going to riot, whether in anger or joy. Most of them aren't really smart enough to make a distinction.

Either way, we are headed for more civil unrest and panic buying. And again, the people bitching about "preppers" and "hoarders" won't have learned a damn thing and will be unprepared for when the same thing happens again, only this time the supply chain is already under enormous pressure and hasn't really recovered from the first wave of coronavirus. If you thought it was bad last time, wait until it rolls through again. People won't ease into panic buying, it will start immediately.

So we get back to a theme that I write about a lot: time. Right now, you have some time and by "some" I mean "maybe a few months". Most stores are slowly getting back into decent shape as far as being in stock on most stuff. I was at a local warehouse store last week (Sam's) and for the first time since the pandemic started they seemed to be pretty well stocked on just about everything. Paper products were still out of stock as was name brand bottled water. The fresh meat section was kind of picked over but it was right after the end of the workday so that is to be expected. Otherwise the store mostly looked like it did before the pandemic, at least as far as stock levels.

What that means for you is that this is the time to start getting ready for the upcoming resurgence of coronavirus and/or civil unrest surrounding the election. Like right freaking now. If you haven't been shoring up your supplies on ammo, it is getting pretty late in the game. At this point you should be selectively adding when a decent deal shows up, not starting a stockpile from scratch. This morning I was checking prices on ammoseek and the "cheapest" 5.56 ammo on the search engine was $.50/round. Granted I checked very early on a Monday morning, after the weekend when supplies online get ransacked but prices just keep going up. It was just last November when I unironically wrote this: "You can get super cheap 9mm or .223 or 7.62x39 all day long" and I had no idea how things would deteriorate in 2020. None of us did. Having said that, the best time to start stocking up on ammo was last winter, the second best time is right now.

The same is true for your baseline firearm array. You should already have a rifle, preferably something like an AR-15, a handgun capable of high capacity (more than 10) and some sort of shotgun. If you don't, it might be too late. Most "tactical", combat style shotguns are all sold out. You can still get a basic pump shotgun with a 28" barrel, not ideal but better than nothing. Plenty of hunting rifles are out there, even if ARs are not. Handguns can be had but availability is sketchy on the most popular models like anything Glock, Taurus G2/G3, etc.

Those are things I say all the time but something else you should be looking at are "common" household items and food, the sort of stuff that ran out the last time.

Food is the obvious one. Last week was the first time that the Sam's six pack of canned chicken was not limited to one per member (and at $.12/ounce it is one of the most affordable and edible options around). Rice was in stock as well as other canned goods. These were items that were sold out during the early rush in the spring. Think back to when the pandemic was really bad and what sort of stuff you wanted/needed to buy but couldn't. You should be buying extra of those items now. Not enough for current use but enough so that if you can't get it for several months, you will be OK. While in normal times calories are our enemy and too many calories results in obesity, in a SHTF calories are king. Most of human existence has revolved around getting sufficient calories to keep you alive. We could be headed that way again. Don't buy junk food necessarily but high calorie, nutrient dense foods are important (canned fish is a personal favorite). You need enough calories to keep you alive and functioning. All that ammo you stockpiled won't mean a hill of beans if you are too weak to hold up a gun and aim it properly.

Toilet paper is still mostly sold out at places like Sam's but you can get it elsewhere and probably should make sure you are well stocked, along with paper towels and kleenex. Diapers if your kids are in that stage, feminine hygiene as needed, dental care. The stuff you need daily but rarely worry about, you should be worrying about right now.

One thing that was hit hard during the early pandemic was basic household medicines. Aspirin, Tylenol, cold/flu meds. You just couldn't get them except from price gougers online. I just stocked up on some last week thanks to a pretty solid sale at Sam's, but they were out of cold meds so I need to find some of those and get some stashed away.

I don't know everything you might need in your situation but I do know this. We are in a small window here, the eye of the hurricane if you will, between the first wave of the pandemic and the rioting in urban areas on one side and the upcoming election and the second wave of the pandemic on the other. This is the sweet spot but it won't last for long. Don't dawdle. 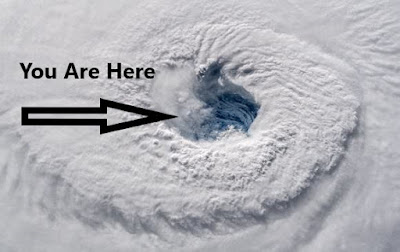