Even Surveillance Cameras Are Racist!

Here is an interesting news story from Madison, Wisconsin.... Why would I find that story interesting you might wonder?

It is interesting for a couple of reason. First, it happened on Thursday and the guy was arrested right away and it is already in the news with a mugshot today.

The reason he was arrested is listed in the story....

Again, good police work but so what? Let's take a quick look at the map of where this happened in Madison, provided in the news story... 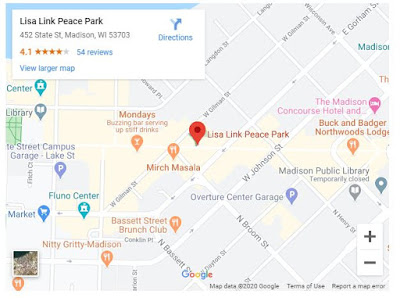 You probably still aren't getting it. Let me provide another map.... 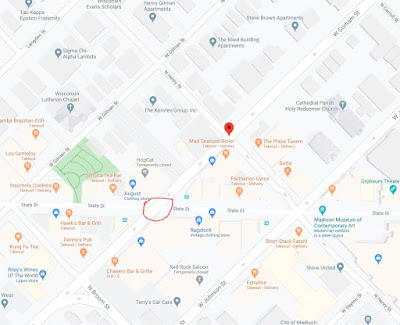 This is from my post about Althea Bernstein, Paging Tawana Brawley, the biracial girl in Madison who claimed that four White guys called her nigger, doused her in lighter fluid and then set her on fire with a now apparently missing lighter. As you can see if you look at both maps (click to enlarge), these two events happened near one another. In one case, police were able to track down a lone random black guy from surveillance cameras, see him get on a bus and then stop that bus in a matter of just a short time as he was fleeing the scene of the crime. On the other hand, we have four alleged White "frat boys", two in all black and two wearing distinctive Hawaiian shirts, screaming nigger at a woman in the middle of a street, setting her on fire and getting away with no video evidence? Nothing. Zero. Zilch. It is like these lighter fluid bandits evaporated into thin air!

How can the cops make an arrest almost immediately after a stabbing based on surveillance cameras but weeks later have no leads and no evidence of four men setting a young woman on fire in the same general area?

Very curious indeed. Perhaps surveillance cameras have been configured to only capture men of colour and not White frat boys?

Even cameras are racist in Trump's America.
Posted by Arthur Sido at 3:12 PM