The State Of The Survivalist/Prepper Movement

There were survivalist-types even when I was a kid, people prepping for a nuclear war by having a fallout shelter, canned food and of course lots of guns and ammo. The movement never really went away, even after the Cold War. In the 90s we had the militia movement until the Feds decided that a bunch of mostly white guys armed up and training were somehow a threat and decided to start stomping them out. Things got a little quiet in the 2000s, we were focused on the "War On Terror" for the most part and that external enemy was easy to transfer our suspicion onto. They were foreign and talked funny and had been committing terrorist acts for decades. Then Obama was elected and we suddenly had the most far-left President in American history. It wasn't that Obama was (half) black, it was that he had been marinated in a toxic stew of racial hatred and Marxism from his youth. He was buddies with violent Marxist terrorists and had somehow become President despite never having worked a real job in his life. A lot of people started to think about prepping again.

As Obama prepared to leave office and Hillary Clinton arrogantly assumed that of course she would replace him and take her divinely ordained right to be the first female President, something strange happened. White people in America decided that enough was enough and elected Donald Trump. For a few months it seemed like maybe something would change, that we would turn this car around before it went over the cliff but that illusion was quickly shattered. More and more people realized that we were headed for disaster, even with Trump as President. Over the last couple of years, it has really started gaining a head of steam.

Almost every prepper in America is like a dog that finally caught the car they were chasing. You got what you were after, now what? Many of us are realizing that what we have been preparing for is about to no longer be theoretical. As the kids say, shit just got real.

No one I know in the movement who is semi-serious is looking forward to this. We are planning for the worst because we expect it to be the worst. Do I want to have to defend my family and property with lethal force? Of course not, no one who isn't a psychopath does. But given the choice between thugs harming my family while I stand by waiting for the cops or doing what I have to do and dealing with the emotional consequences later, I choose to protect my family. I don't want to not be able to buy food at the store or get unlimited, cheap electricity but what I want is about to not matter much at all.

The number of people who are starting to take this very seriously is going way up. You can sort of track this with one metric, gun sales. This chart from the New York Times gives a pretty good breakdown of the purchasing behavior of Americans when it comes to firearms. 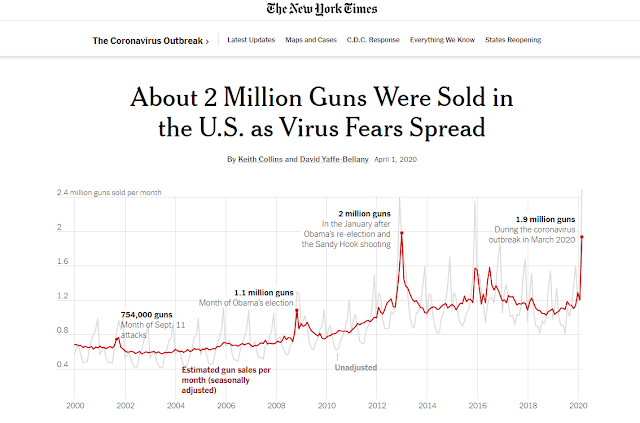 The last few months since the coronavirus "pandemic" have been huge for gun sales but then you add the riots and looting, and the very clear message from law enforcement that you can't depend on them to protect you, and the story just got more interesting.

Gun sales spiked more than 80 percent year over year in May as consumers responded to safety concerns and civil unrest prompted, in part, by the novel coronavirus pandemic, experts said.

Approximately 1,726,053 guns were sold in May – a record-breaking 80.2 percent increase from last year, according to data released late Monday by Small Arms Analytics & Forecasting, which examines the raw data obtained from the FBI’s National Instant Criminal Background Check System, or NICS.

That is a lot of firearms and comes on the heels of two months with 71.3% and 85.3% year-over-year increases. Keep in mind that this doesn't include last weekend when I am hearing that a lot of stores cleared out of things like AR-15s. As of this morning, this is what Palmetto State Armory's AR-15 selection looks like: 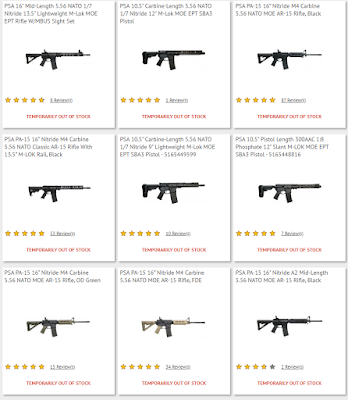 That is also true for the AK line-up.

The people who are the serious "preppers" are not necessarily the ones with the widest assortment of tacticool firearms but gun sales are the most obvious signal of how people feel about the state of the nation and based on what I am seeing, people are worried. Quietly a lot of white suburbanites have been arming up, heavily arming up. Will they use those guns if push comes to shove? I think they will. Even after decades of being crushed by various iterations of cultural Marxism, the blood flowing in our veins is the same blood that flowed in the veins of European men who explored and conquered every corner of the world.

Most of us aren't in the blast zone of the worst of the rioting. This is a good time to check out your provisions. How are you on ammo and since you can't eat ammo, how are you on food? What is your position as far as what happens if the power goes out for a week?

We are on the cusp of moving from the world of theoretical prepping to seeing just how prepared you really are. This isn't a great time to find out you aren't as prepared as you thought you were. You don't want to find out the hard way that maybe instead of buying a new pistol in some exotic caliber, you should have bought more pork and beans. 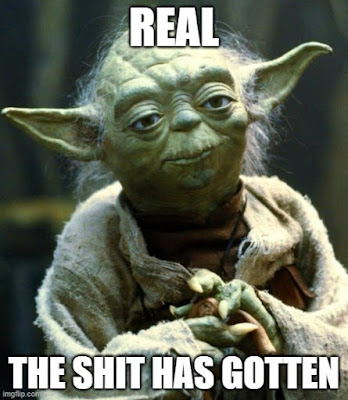