The Future Of America In One Picture 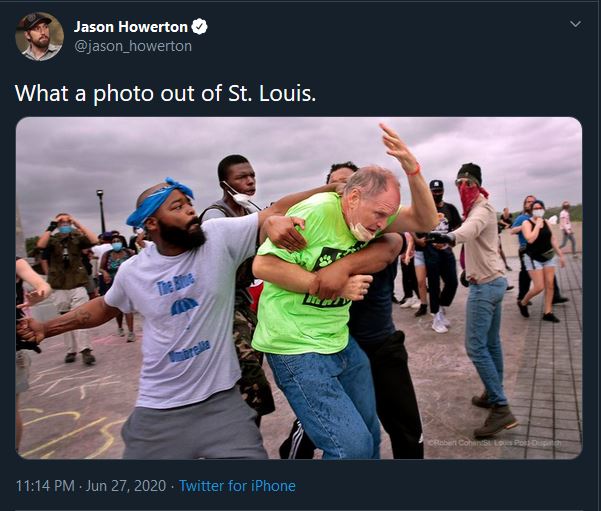 Some Catholics were having a prayer meeting at the statue of the namesake of St. Louis, Louis IX, a Catholic saint. Of course antifa and black Lives Matter showed up and things got violent.

Nothing will happen to these thugs, not even the fella with the blue bandanna who appears to have something in his hand he is about to strike the older man with.

Eventually the statue will come down and the name of the city will probably be changed. Meanwhile the country will continue to collapse into violence and lawlessness but those committing the acts of violence will be held blameless.
Posted by Arthur Sido at 8:40 AM