Chris Rock breaks it down back when he was still funny. This is the sort of thing that is funny because it is mostly true. You can also tell it is funny because anything funny is no longer allowed in our humorless society of childless schoolmarms endlessly scolding anyone enjoying themselves.

This seems like common sense and it is why I have never been pulled out of a car and arrested by the cops. I have been pulled over a few times because I often exceed the posted speed limit. The last time I was pulled over was in 2015 for rolling a stop sign. I did roll the stop sign and now I am careful to not roll that particular stop sign. When I speed, I try to keep my speeding within the unspoken agreed upon range of what is allowed before you get pulled over (ex.: going 72 in a 65 MPH zone probably won't get you pulled over). When I do get pulled over, even if I am upset about it, I politely give the officer my license and registration and don't try to lie to him about why I was speeding. That always results in either a ticket or a warning, and never getting a Maglight upside my head.

Simply obeying the law will eliminate about 99% of "police brutality". I don't worry about being a victim of police brutality because I almost never have encounters with the police. When I do, I don't get belligerent and don't give the cop any additional reason to be suspicious. Never having been arrested certainly helps my cause. Never driving while drunk or hopped up on drugs also helps immeasurably.

But still, the number one way to avoid any chance of police brutality is to simply obey the law. Breaking the law doesn't excuse "police brutality" but it certainly helps to avoid encounters with the cops in the first place. Anytime you have a run in with the police, a profession where your life is in danger your entire shift which tends to make people a little jumpy and on edge, you are escalating the likelihood of something going wrong. For example, if you poke a bee hive often enough, you are going to get stung. If you break the law, you had better be prepared for the potential consequences. I get that this is a more complicated issue and I am poking a little fun, but in general most of the high profile police incidents, from Rodney King to Michael Brown to Freddy Grey to George Floyd, all started out with criminal acts. 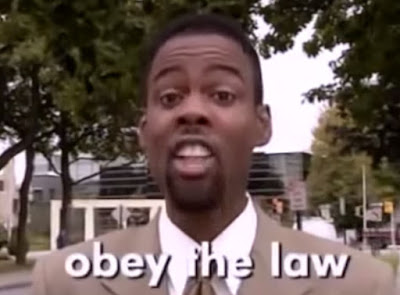