Our New Outcome Based Judicial System

In happier times we could still pretend that this was how the judicial system worked: 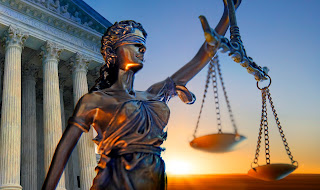 Justice is blind, weighing the evidence on both sides before rendering a just verdict based on the evidence.

We knew that wasn't always the case, if you have enough money to hire the best lawyers you can get away with murder, like O.J. Simpson, but in general we trusted and believed in our judicial system and that it worked as intended for the average person. That is no longer the case.

As things get crazier, one area where we are quietly seeing a major shift happening is the judicial system. There is already ample evidence of prosecutions being based on social media outage and attempts at minimizing urban rioting. Other, more subtle changes are happening.

The U.S. Supreme Court decided that homosexuals and trannies cannot be "discriminated" against in employment. Two Justices appointed by Republicans, John Roberts and Neil Gorsuch, joined the four liberals. So much for the importance of Republican Presidents to nominate "conservative" justices. The Court did not address how this impacts religious employers so I expect to see a whole slew of deviants and degenerates applying for jobs at conservative Christian schools (not Muslim or Jewish schools of course) for the sole purpose of being denied employment and then suing these schools into bankruptcy, the old "bake the cake bigot!" tactic. 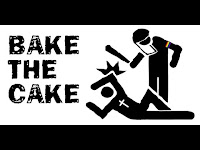 If you hire a guy and then he decides to start wearing a push-up bra and skirt to work, there is nothing you can do about it. If a man who thinks he is a woman applies to be an attendant in the women's locker-room, you better hire him. In general, this makes it much harder to fire any homosexual or trannie, something I assume will make hiring managers understandably loathe to hire them in the first place. For the first 220 or so years since the Constitution was ratified, no Court would have entertained the idea of arbitrarily prohibiting workplace "discrimination" against cross-dressers. But here we are today and this is just the beginning. Assuming the corpse of RBG manages to remain free of obvious decomposition, it looks like Trump won't get to replace her before the end of the year and if he loses (and he seems to be throwing the election right now), someone will pick a young, uber-far left black woman to replace her on behalf of Biden.

In our state of Indiana, the chief justice of our state Supreme Court, Loretta Rush, has suggested that the courts need to be used to correct "disparities":

I read over her letter. Good lord. What a hodgepodge of meaningless PC gobbledygook and emotional nonsense. Let's have people who are driven by emotion as judges, what could go wrong?

"Courts are the hallowed halls within which justice is sought. It is guaranteed by due process and equal protection rights. But, if their power is abused, courts can be complicit in perpetuating the bias and inequity that are carved in our nation’s history."

Maybe the "bias" is the result of poor behavior and decisions in communities of color?

"Despite all we have worked to pursue, justice remains elusive to many persons of color in matters across the legal spectrum."

That might have been true 50 years ago but today? Come on.

"To ensure the work of fairness and justice continues, we need to elevate the role of implicit bias training in our curriculum and educate ourselves about disproportionality and racial disparities in the justice system. Our court systems can provide the platform for the poor and for people of color to be heard through a collaborative model of justice: one that fosters legitimacy among those who might feel shut out; that informs and reforms those who might otherwise abuse power; and that promotes real, tangible conversations about our community’s most pressing needs and issues."

Implicit bias is one of those intentionally vague, impossible to quantify or disprove concepts the Left loves. You can't measure it, you can't prove it or gauge it so it is just a handy way to excusing poor behavior.

That certainly is ominous and counter the spirit and letter of the First Amendment of the U.S. Constitution and Section 9 of the Indiana State Constitution. "Victims of hatred and racism"? Being racist or hating someone isn't a crime. Saying something someone finds hateful or racist isn't a crime. Apparently the purpose of the Indiana Supreme Court is to silence voices that anyone finds uncomfortable. If someone reads something I wrote and in spite of my never advocating non-defensive violence, decides to do something illegal anyway, am I guilty of "stoking the fires of hatred and racism"? Can I safely assume that only some groups will face scrutiny for this "crime"?

We must improve the pathway for more people of color to become lawyers and judges. People must see themselves, their experiences, and their backgrounds reflected in the bench and bar of this state to foster trust and understanding between the public and the judicial branch.

More dangerous nonsense. The Chief Justice seems to think that only black lawyers and judges can fairly adjudicate cases for black people. Imagine if I demanded that only white attorneys and judges presided over any case I was involved in. If I did so, that would probably qualify as "stoking the fires of hatred and racism". The purpose of the court system in Indiana is to oversee the application of the laws of the state of Indiana, not push for more "people of color" to become lawyers and judges. Blacks and mestizos already get preferential admission to college and law school, what more can we do? A chubby black lawyer, Elie Mystal, said back in 2016 that black jurors should automatically vote to acquit blacks accused of murdering whites as an act of vengeance. We sure could use more of that in Indiana!

The essence of what Loretta Rush is saying is that it makes her sad that the outcomes of trials are not what she would like to see, so we need to change whatever it takes to in order to change the outcomes.

Our justice system is quietly being transformed away from enforcing the law to rectifying racial grievances and punishing people for crimes committed 150 years ago. The police are going to be replaced with social workers with badges and guns, focused on "hate crimes" instead of actual crimes. The courts are going to become mechanisms of racial vengeance. The government itself is going to function mostly as a way to redistribute from the productive to line the pockets of the unproductive.

You can't trust or rely on the courts anymore. We all need to avoid situations where we can get tangled up with the law. Even something as simple as defending yourself is an excuse for the "justice" system to toss you in jail, provided you are the wrong kind of person. If you get jammed up by the system, you can get in serious trouble far out of proportion to any crime, real or imagined. The harsh reality on the ground right now is that being in places where you might get into conflict and the justice system gets involved is going to be heavily skewed against you. We can build new monuments, we can rebuild our cities but you can't do that from jail.

Don't look to the law for justice, those days are long gone.
Posted by Arthur Sido at 10:44 AM