I haven't been able to keep up with the mass shootings so now it needs to be something pretty unusual to catch my eye these days. Ten mass shootings in a single weekend? Yep, that caught my eye. These are in (more or less) reverse chronological order, from early Sunday backwards.

Of the five, three were male and two were female. The key phrase I look for in these cases...

Police say witnesses were not willing to talk to investigators.

Yep. Dyersburg is a fairly close to Memphis, a hotspot for urban gun violence

Woman and 3 men shot and wounded during dispute in Brooklyn

The police have a solid lead:

Police are looking for the gunman, described as a man in his 20s dressed in black with a white t-shirt who fled the scene.

That narrows it down. How many guys of a certain demographic in their 20s wear white t-shirts? Also a key clue: the shooting followed a "dispute".

The first of two from Chicago...

Man killed, 3 hurt in Near West Side shooting: police

The man killed was Dante Denny, a 29 year old black male. The other three are in bad shape and of course are uncooperative.

Police said the victims have been uncooperative with investigators and further details about the shooting remain unknown.

The second one from Chicago

The victims were unable to provide a description of the shooter, police said. No one is in custody as Area One detectives investigate.

Yep. Bronzeville is a Chicago neighborhood. According to Choose Chicago: "Bronzeville is a center of African-American life and culture in Chicago. Historically known as the city’s “Black Metropolis”. Huh.

We travel now to the Show-Me-State of Missouri. This was a bad one.

Two women were killed, 31 year old Kimyata Haynes and 20 year old Faquazia Wilson. Both women, as you can probably guess from the names, were black. As usual, no help from the witnesses.

“Two young ladies are brutally murdered and several people are there and I know people have information but are somehow reluctant to give it to us,” Sikeston DPS Chief Jim McMillen said. “Without that information, we can’t do our job and we talk about how important it is to have that relationship and it’s something that we need to work on to try to better in our community.”

How can the police get murderers off the street when witnesses won't help? The report states that there was a large houseparty/block party and police responded to a noise complaint. I am sure they were treated with the utmost respect. Soon after they left, at least two men in a car drove by and sprayed the crowd with gunfire.

UPDATE: Seven injured after shooting breaks out at social gathering in Hope, Ark.

Ah, the old "social gathering". Six people were shot and one suffered a broken leg running from the gunfire. In an unusual twist, we have a brief description of the suspects.

Assistant Chief Kimberly Tomlin said the suspects, three black men, were last seen getting into a black vehicle that looked like a Grand Marquis.

Three black guys shoot six people who were probably all black as well.

My home state of Ohio had their own mass shooting last weekend in Ironton.

The four were all men, at least three with names that sound like they belong to black men. A man was arrested in the shooting, a Tayvon Gaulds. Pretty safe bet he isn't Irish.

This occurred in Kansas City. The deceased is Montel Ridley, a 27 year old black male. Apparently there have been 121 homicides already this year in the Kansas City metro area. The story is pretty typical:

Police said the preliminary investigation indicates that a group of people gathered in a parking lot at 18th and Vine when an argument broke out. Several people began shooting which led to the five victims.

An argument escalates into gunfire, unfortunately all too common.

Five people were shot during an argument of some sort in Drew, Mississippi. An arrest was made.

One woman (?) named Lacey Griffin has been arrested and warrants have been issued for Griffin's brothers. I tried and tries but couldn't verify the race or gender of Lacey Griffin but it certainly sounds like a white chick. Not sure though. 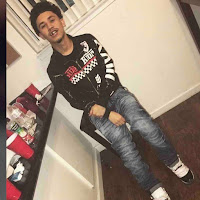 Another shooting at a "house party". Surprise, surprise...

Police are still investigating the motive behind the shooting but they say the shots were fired as a result of some type of altercation.

Remember when people got into fights and just exchanged a few punches? The deceased was Joseph Almanza. Joseph appears to be mixed race, at least partly mestizo based on the last name and the picture on the GoFundMe page.


There was a mass shooting in Colorado on Friday but ten is nice round number so I am leaving that one out, it was pretty early Friday morning so not really the weekend yet and no details are available other than four shot and a juvenile arrested.

There were lots of mass shootings before last weekend and there have been several since  including three yesterday, on a freaking Tuesday no less, including a shooting at a child's birthday party where two women in their 60s were killed and another where a 6 year old was shot in a hail of gunfire from "several black men" in a car.

Why in the world was it not in the news that there were ten mass shootings in America over a single weekend?

You know why. The victims were almost all black and the shooters were as well. No one wants to hear that.

The entire Black Lives Matter movement is based on a lie.

Black lives don't matter when blacks take them. You won't see any white liberals getting weepy or bowing down before blacks or taking a knee.

A man like George Floyd, by all accounts a terrible person who had added nothing positive to the world, is now a martyr and given three funerals fit for a head of state. He was buried in a golden coffin and eulogized by weeping people as if his death was a great loss. 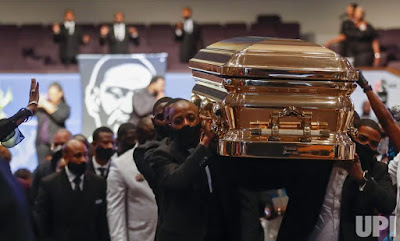 Meanwhile dozens of black people are shot and killed last weekend and there are no celebrities mourning them and paying for their funerals. They just get buried and no one cares, and next weekend their friends will seek vengeance for their death.

Black lives don't matter, not in any significant way and not to the people who talk the loudest about Black Lives Matter.