Swift, Severe, And Certain? None Of The Above

As part of my Political Science major in college, I took a Poli Sci elective on criminal justice. I don't remember much of the class, or any other classes I took, but I do remember a concept we talked about regarding deterrence. In order for the criminal justice system to deter crime, the punishment for crime has to be swift, severe and certain. Swift in that criminals are apprehended quickly, tried in a reasonable amount of time and punishment is timely. Punishment has to be severe enough to offset the rewards of crime so that the perceived benefit of committing a crime is outweighed by the severity of the punishment. And of course punishment must be certain. Bank robbery is a good example. Those guys always get caught, mostly because only idiots rob banks today and therefore bank robbery is relatively rare.

While the focus in contemporary criminal justice conversations is usually on "rehabilitation" for prisoners, a meaningless term, most people understand that going to prison is a punishment. You broke the law, you go to jail and it is supposed to suck. Cuz you are getting punished. Back in the day, criminals would be sentenced to hard labor, working in chain gangs building roads or digging ditches, agricultural work or just breaking rocks. 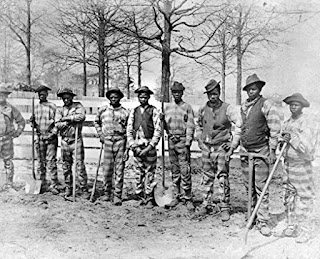 Hanging around, watching TV and lifting weights isn't hard labor. Breaking rocks outside all day is hard labor. You want to steal a car? How badly do you want the money and is it worth 5 years of digging ditches? Today we are letting sex offenders out of jail for fear they might catch the Chinese coronavirus. Can't have prisoners getting sick!

Our justice system today is none of the above, not swift, not severe and definitely not certain.

A recent case in point.

In September of 2019, a 59 year old white man, John Weed, was at the Great Frederick Fair with his family. A 59 year old man is approaching retirement age and by all accounts he was just enjoying this time and minding his own business. 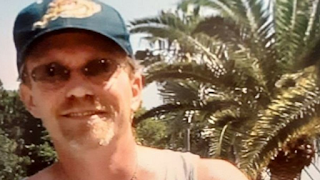 Two teen-aged brothers began to harass the man, demanding he give them money. There is no apparent connection or relationship between these two teens and Mr. Weed. That is when things went wrong.

On the evening of September 20, 2019, authorities say John Weed, 59, of Mt. Airy was enjoying a night with his family when two teen brothers approached him asking for money.

Despite Weed saying no, and family members pleading for the youth to leave him alone, the teens allegedly persisted.

Weed started walking away after one of the teens hit him twice; that's when the other came running from a distance and sucker-punched Weed so hard that he lost consciousness almost immediately, according to investigators.

Weed never regained consciousness and succumbed to his injuries the next day at Shock Trauma in Baltimore.

The story made national news because it was apparently over a dollar. The teens were arrested fairly quickly although their names were never released because they are juveniles, but one was caught on camera at the time being arrested. 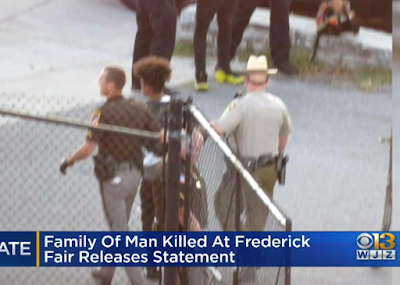 John Weed didn't want any trouble and was trying to walk away, even after being struck twice, when the 15 year old brother ran up and sucker punched him, leading to his death.

Remember, just because someone is "unarmed", it doesn't make them "not dangerous". You can see from the picture that the teen being arrested is adult sized and punching someone in the head can often be lethal. When I was 15/16, I was fairly small but I was also very strong thanks to being a wrestler and lifting weights. Juiced up on teen testosterone, given a clean shot at someone not expecting the hit, I imagine I could have killed someone. Of course I never sucker punched and killed anyone, because I was raised better and I wasn't an animal.

The 16 year old that punched Mr. Weed twice is being charged as a juvenile with two counts of assault, and that kind of makes some sense even if I disagree, but the 15 year old who murdered John Weed was also prosecuted in the juvenile system. Uh, he killed a man in an unprovoked, aggressive attack. He didn't kill him in a fight, he sucker punched him.

Last month the teen plead guilty to manslaughter and was just sentenced. Emphasis in red mine.

A teen accused of punching a man so hard last year at the Great Frederick Fair that the man later died from his injuries has been sentenced to a long-term juvenile behavioral modification program.

The 15-year-old juvenile pled guilty to manslaughter in April.

State prosecutors wanted the youth to be tried as an adult, but after a lengthy hearing process, the courts determined it would be best to keep the teen in the juvenile system.

“In the juvenile system, this is the best we can do for the family," said State Attorney Charlie Smith. "It’s also what is right at this time for the offender given his status as a juvenile. Nothing will bring back their loved one, but I hope that they can begin to heal a little more now that this part is behind them."

A "long-term juvenile behavioral modification program"? So basically he goes to juvie with other young offenders who stole a car or something like that, but he killed a man. This is the best we can do for the family? A 15 year old assigned to juvie where he can hone his skills as a criminal and will probably be cock of the walk because he killed some old white guy, so he gets out in 3 years when he turns 18?

How the hell is that justice?

Some asshole teen thug tries to force a man minding his own business to give him money and then his brother punches him when John Weed refuses and then when Mr. Weed, who is an adult and outnumbered by much younger and probably larger brothers, tries to disengage and walk away, the punk sucker punches him and kills him.

What is this punk asshole going to be like after a few years of juvie when he is back on the streets? How long until he kills someone else?

Killing someone in a fight is one thing, that is probably manslaughter, but this wasn't a fight, it was an attack and a man is dead because some kid thinks he is a tough guy and he gets off on hurting people who can't or won't fight back. News reports indicate that this may have been part of the infamous "knockout game" favored by urban youths and that while Mr. Weed was on the ground unconscious and dying, one of the "youths" spit on him.

Sending a killer to juvenile detention, a "long-term juvenile behavioral modification program" which sounds like some bullshit program where a scrawny white soyboy with a social work degree and a ponytail, tries to get the teen killer to explore his feelings, is barely a slap on the wrist. What sort of deterrent does this present? Punch a man in the head and kill him, and you get a couple of years of free room and board, if you get caught. Do you think this kid is remorseful or do you think he finds this a joke that increases his street cred? I am sure his mama cried and wailed about her baby but she probably doesn't give a shit about John Weed, lying on the concrete dying in front of his family while some punk bitch spits on him.

This is why people carry firearms. A 59 year old man out with his family, unarmed, is easy prey for a couple of teens. Of course, if the teens had been attacking him and he had pulled a gun on them, even if he didn't shoot, the news would be all over it. "Angry white man threatens young black children with gun!" would be the headline but as we see, "unarmed teens" are potentially deadly.

Justice is not a couple of years in juvie for this thug and then he walks free to commit crimes until he gets arrested again or some other black guy shoots him. Justice is 25 years in an adult prison where he can find out just how tough he is against men who would be happy to fight back, or better yet a public execution. Hang this 15 year old in public and maybe the next time some teen thinks about punching a defenseless person in the head, they will remember what happened and decide a short drop at the end of a rope isn't worth getting off on attacking a defenseless man.

Without an effective deterrent in the criminal justice system, criminals are emboldened. Couple that with a "justice" system that has a different standard for some races when defending themselves against people of other races and you have a society where normal people are going to have to choose between being armed to protect themselves with all of the potential pitfalls that brings or people who are just wandering around waiting to be victims. The only other option is to slowly cede our cities to animals, with regular decent Americans of all races forced to hide in their homes for fear of feral youths prowling the streets.

I wish we had the names of these brothers because I can pretty much guarantee we will be hearing from them in the legal system again very soon.
Posted by Arthur Sido at 9:32 AM